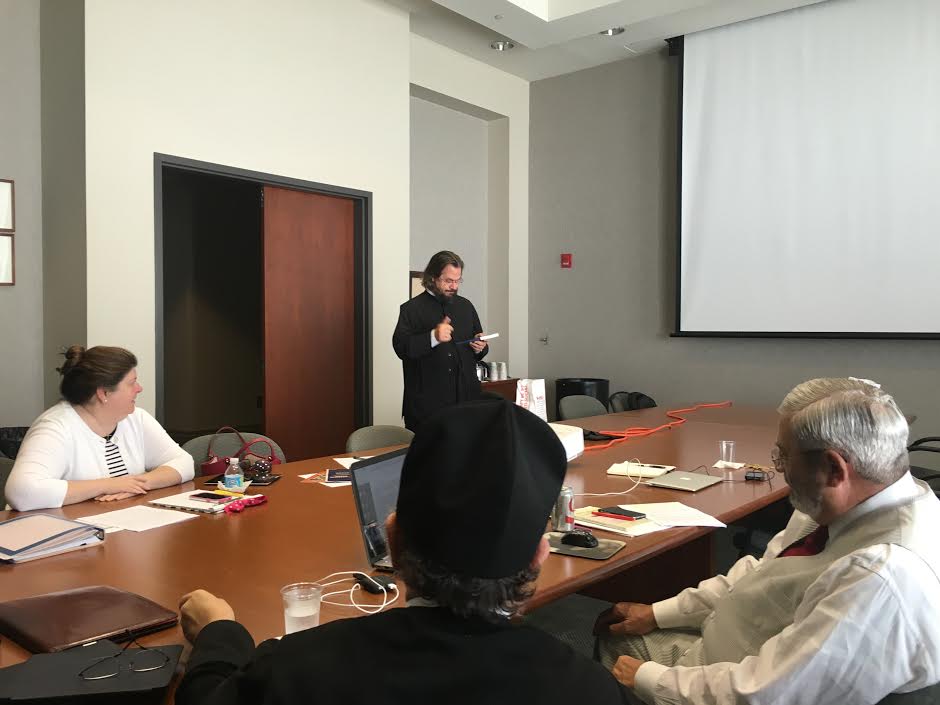 His Grace, Bishop Daniel of Santa Rosa chaired the second meeting of the Orthodox Church in America’s Standing Committee for Canonical Procedure here August 1-4, 2016.  The Committee was graciously hosted at Atlanta’s Greek Orthodox Cathedral of the Annunciation through the generosity of His Eminence, Metropolitan Alexios of Atlanta.

Pursuant to Article XV, Section 9 of the OCA Statute, the Committee was established to develop general rules for canonical procedures for use and application in Ecclesiastical Courts.  Their work will be subject to the Holy Synod’s approval and adoption.

The meeting opened with a review of the work accomplished at the first meeting in April (see related story and then moved to consider synthesizing the work of the committee members accomplished in the past months.  In order to make the most effective use of the available time and to consider the most pressing need, the committee concentrated on the procedures for Ecclesiastical Courts in cases of clergy discipline.

“The committee made good progress in drafting the preliminary Standards, Norms, and Procedures for Ecclesiastical Courts, with a focus on clarity and transparency for all parties involved, while still ensuring fidelity to the Sacred Canons,” said Angela Parks, Chair of the Metropolitan Council Legal Committee.  “To help achieve this, the committee is harmonizing its work with other Synodal documents, as well as creating templates and other documents that can be customized easily and used by participants in the Court process.”

The Committee members will continue their work separately over the next months and intends to meet together again early next year before Great Lent to finalize the disciplinary procedures.

Other members of the Committee include Judge E.R. Lanier, General Counsel for the Orthodox Church in America; Archpriest Alexander Rentel, Professor of Canon Law at Saint Vladimir’s Seminary; and Priest Nicholas Roth, Secretary of the Committee.