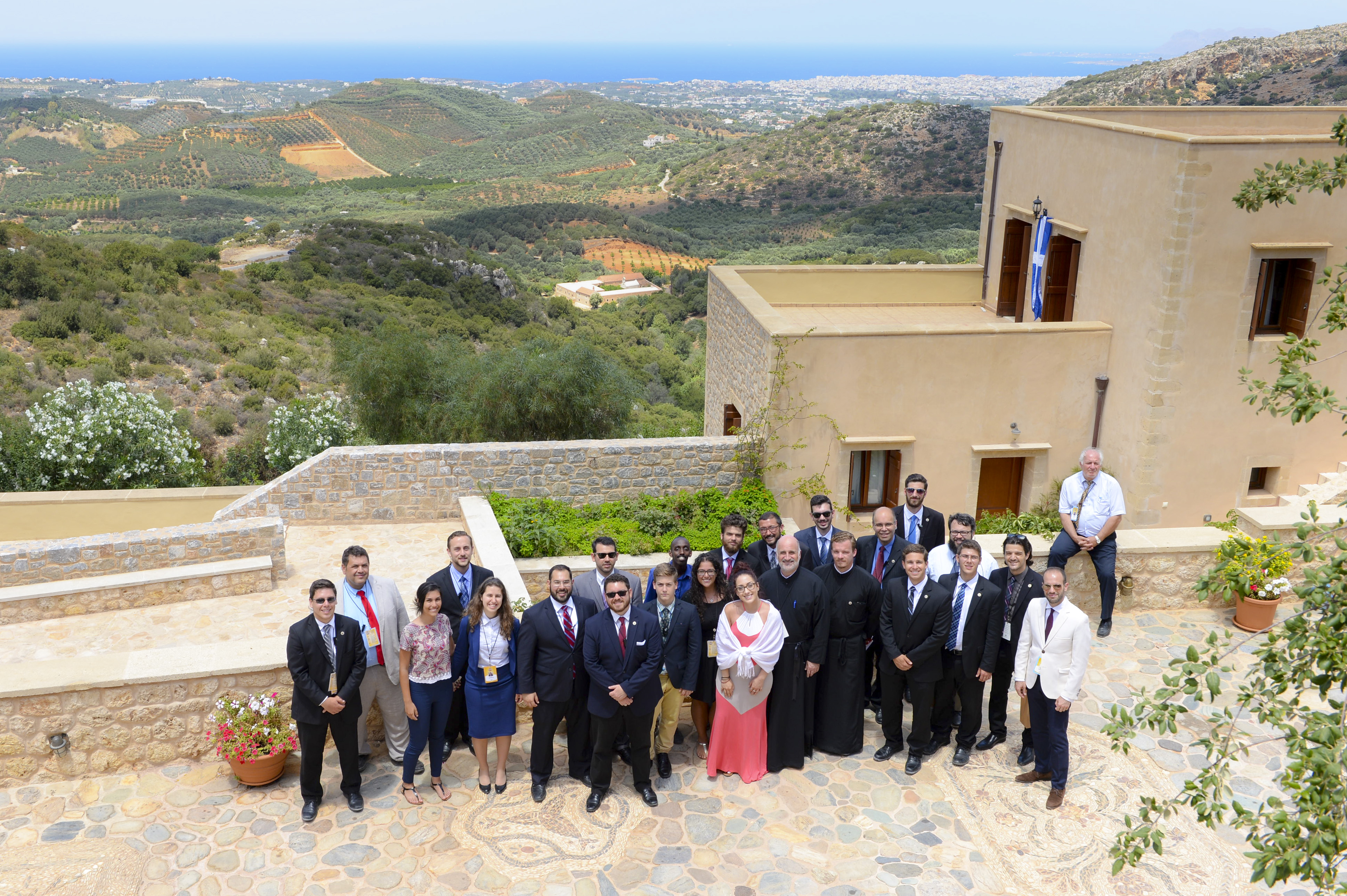 More than 20 students from Hellenic College and Holy Cross had the unforgettable experience of assisting hierarchs from diverse Orthodox jurisdictions who assembled on Crete in June for the Holy and Great Council. The HCHC group was as diverse as the hundreds of delegates they assisted with everything from handling baggage to photocopying (1,000 copies an hour, according to one student).

A number of the volunteers aspire to become priests after graduation. Elias Pappas, an undergraduate seminarian, says, “It was a true blessing to be a part of the Council. We went there knowing it would be a lot of work, but we were happy to do it. It was also nice to get our school’s name out there.” Two of the students who went to Crete are young women. Hellenic College student Diana Khalil left her native Syria for the US with her family when she was six years old. Grateful for the religious freedom they have had here, Diana was eager to be part of an event focused on Orthodox unity. Alexandra Drechsler, also a Hellenic student, says that “working at the Council was an awe-inspiring experience, so incredible that many moments of it felt unreal.”

His Eminence Archbishop Demetrios, Geron of America, was greatly impressed by and proud of the HCHC student volunteers, who performed every task, no matter how menial, cheerfully and professionally, asking for no reward beyond the great honor of witnessing an event of such profound significance. His Eminence dined with the students almost every night, sharing his wisdom and offering encouragement and advice. “We want our young people to stand out for their education and stay close to the Church, offering their talents and fine moral example to society at large.”

Learn more about the Holy and Great Council at www.orthodoxcouncil.org.