Who Will Take Up the Mantle?

Home/Ministries/Who Will Take Up the Mantle?
Previous Next

Who Will Take Up the Mantle?

This week we celebrated the feast of the Prophet Elijah, ranked second only to John the Baptist among the prophets. Elijah was a man full of God’s grace who manifested the power of God in his prophetic witness to Israel and the peoples surrounding them. He healed the sick, defeated the priests of Baal through prayer, brought drought and then rain upon the land, and even raised the dead.

At the end of his life, God tells Elijah to find a young man named Elisha to become his successor. When Elijah finds Elisha, he throws him his mantle or cloak as a sign that he is being called to follow in Elijah’s footsteps. And even though Elisha doesn’t quite have the humility or grace yet needed to become a prophet, he devotes himself utterly to Elijah and learns all he can from him. 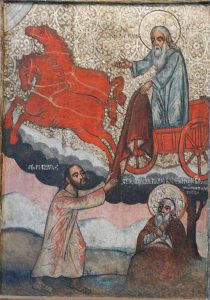 When Elijah is taken up to heaven in the chariot of fire, he drops his mantle down to Elisha. Elisha picks it up, and immediately it becomes his time to act. Just a few verses later, Elisha heals the bitter waters of Jericho.

On the same day as Elijah, we keep the memory of another great saint, St. Maria of Paris. If you’ve never heard of St. Maria, you should read her short biography, Pearl of Great Price. St. Maria had a complicated journey, one that ultimately found her as a Russian émigré turned nun in Paris serving the destitute Russians and street people. She was fearless and bold in her love for the poor in a manner only grace provides–the same sort of boldness that let Elijah demand that water be poured on his sacrifice before he prayed for it to be consumed by fire–a sort of reckless abandonment to the will of God and His mercy and love toward those who fear Him. Ultimately, St. Maria was imprisoned by the Nazis in WWII for assisting and hiding Jews, and it was there that she died in a gas chamber.

So what does St. Maria of Paris have to do with Elijah and Elisha?

When Elijah dropped his mantle down to the young Elisha as he departed in glory, he passed on more than a fancy cloak. He passed to Elisha his “spirit”–the calling, the grace, and the power that God had given him.

And Elisha, unworthy as he was, picked it up.

Now, St. Maria may not have left behind her monastic veil for us to put on, but she has left behind a legacy that we need to pick up and continue. Who among you will pick up the mantle of St. Maria and ask for a double portion of her spirit to serve the poor, the lonely, and the persecuted? 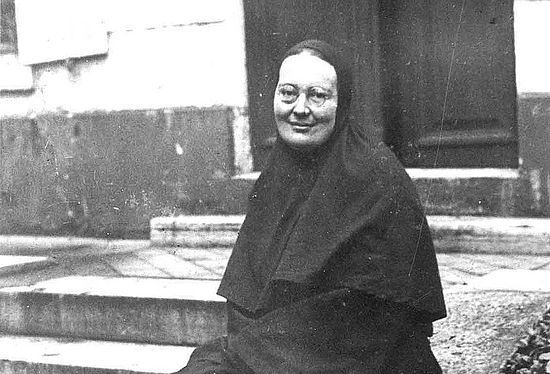 St. Maria of Paris. Image from Jim Forest on Flickr

Or how about Fr. Andrés Giron of Guatemala who, before he recently died, stood up to the Guatemalan government on behalf of the native Mayan people? Who among you will continue to stand up for the poor and oppressed as a witness to God’s love?

Or what about Fr. Themi Adamopoulos in Sierra Leone? When one day God calls him into His kingdom, who among you will pick up his mantle to love and care for the lepers and the outcasts?

Who among you will take up the mantle of Archbishop Iakovos who marched with Martin Luther King, Jr. and stood at his side to proclaim that racial division are not of God and that justice for the oppressed is His will?

Who among you will ask for even a portion of the grace of Archbishop Anastasios of Albania who has improved education, health, social care, and infrastructure for the people of Albania, both Christians and Muslims alike?

Our world may be plagued with wars and hunger and illness and much suffering, but we have been called to be ambassadors for Christ, offering His healing grace and the soothing balm of His love and mercy to all in this hurting world. Let’s not leave the mantles of the great prophets and saints of our own era to lie on the ground gathering dirt.

Go, take one up. Soon our great lovers of mankind will all be called up to heaven, and we will be asked to heal the bitter waters of our world by God’s grace and power.