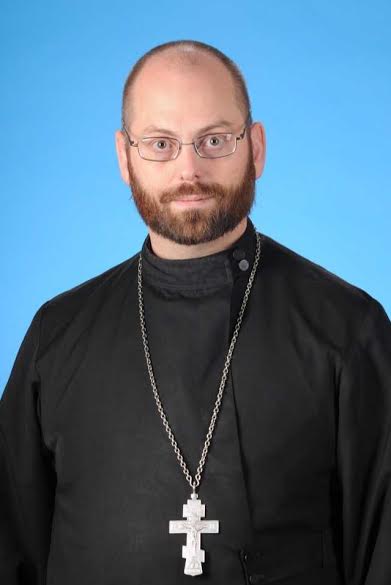 Father Ignatius’ appointment in part fulfills the first strategic initiative outlined in the seminary’s recently adopted Institutional Strategic Plan for 2016-2020, which calls for engaging a Director of Student Life by the fall of 2016 “to foster a stronger, more vibrant community life.”  See related article.

A 2014 graduate of Saint Tikhon’s Seminary, Father Ignatius studied mathematics and civil engineering at the University of Alaska before completing his Bachelor’s Degree in Liberal Arts at Saint Thomas Aquinas College in California in June 2000.  He completed a secondary teaching certificate in mathematics at California State University, Northridge, CA in 2005.  Prior to enrolling in Saint Tikhon’s Seminary in 2010, he and his wife Elizabeth, whom he married in 2001, attended Saint Herman Church, Minneapolis, MN.  While in Minnesota he served as Vice-President of the Watertown Chamber of Commerce while building his own computer business.

As a student at Saint Tikhon’s, he served as a member of the mission choir.  After his ordination to the priesthood on February 2, 2014, he was appointed Rector of Saint Mary’s Church, Coaldale, PA, where he recently completed two years of pastoral service.  He also served as Treasurer of the Diocese of Eastern Pennsylvania and assisted the seminary and monastery with information technology support.

Father Ignatius, Matushka Elizabeth and their five children Alexei, Xenia, Veronika, Anna, and Maximus feel as if they have “returned home, though in truth part of us never left; a piece of our hearts remained here even while we lived away.  Each of us can plant a small piece of our hearts like a seed in this fertile soil.  Here that seed is tended by the saints and watered by the Spirit and yields much fruit.  And for anyone whose heart is planted here, each return is a homecoming.  Thank you for welcoming us home.”