Two significant events in the life of the Orthodox Church in America’s Diocese of Mexico occurred during the month of June 2016.

Nearly 100 youth and young adults gathered on June 1 for the diocese’s youth conference.  Representing several parishes and missions, the youth enjoyed worshipping together, engaging in discussions and inspiring talks, and sharing fellowship with their peers.  His Eminence, Archbishop Alejo addressed them on the essentials of Christian life and the challenges they face in today’s world.  The gathering also served to network the younger faithful, some of whom are from remote areas of the country.

Nearly 100 youth and young adults from several parishes and missions gathered for the conference.

One week later, on June 9—the Great Feast of the Ascension of Our Lord—the diocese’s clergy gathered at Mexico City’s Cathedral of the Ascension for their seventh pastoral conference.  After the celebration of the festal Divine Liturgy marking the cathedral’s patronal feastday, Archbishop Alejo welcomed the diocese’s clergy and monastics while encouraging them “to boldly proclaim the Gospel of Jesus Christ throughout the land.”

The clergy spoke enthusiastically of the growth experienced in their respective communities and shared ideas for ongoing missionary work and the strengthening of the diocese’s mandate.  In response, the clergy fully embraced the establishment of a Department of Pastoral and Liturgy Life, chaired by Archbishop Alejo, to respond to the ongoing pastoral and liturgical needs of the diocese’s faithful.  Also established was a Department of Administration, comprised of an administrator and treasurer, in part to ensure the ongoing economic growth of the diocese.  A third body—the Department of Vocational and Spiritual Life—also was established to oversee the vocational, educational and psychological needs of the diocese.  This department will be headed by priests who will oversee the educational needs of the diocese and attend to the psychological wellbeing of the faithful in a confidential manner.  Archbishop Alejo stressed the importance of vigilance “to respond quickly and decisively to matters dealing with sexual abuse or impropriety, which will not be tolerated.” 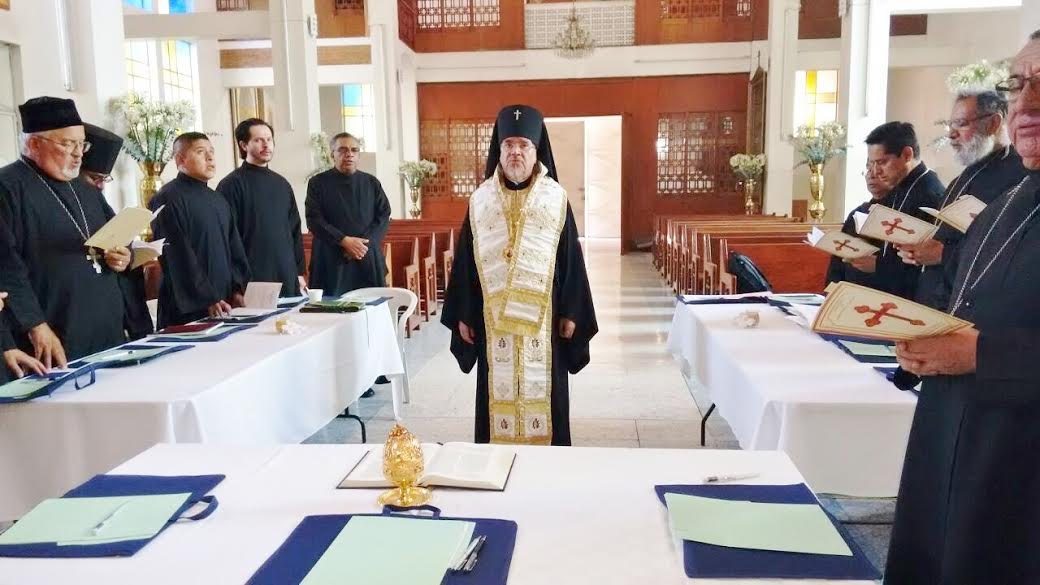 The OCA’s Diocese of Mexico traces its origins to an early 20th century movement to establish a faith community distinct from the nation’s Roman Catholic Church.  The community continued as an “Old Catholic” body until Father José Cortes y Olmos was appointed its bishop in 1961.  He and his clergy gradually became convinced, through study and reflection, that the Old Catholic ecclesiological principles did not conform to the criteria of the One, Holy, Catholic and Apostolic Church.

In 1965, Bishop José and his clergy contacted the then-rector of Saint Seraphim Church in Dallas, TX, Father Dmitri Royster, who had been instrumental in converting many Mexicans to Orthodoxy and translating Orthodox liturgical services into Spanish.  After Father Dimitri’s consecration to the episcopacy in 1969 and the granting of autocephaly the following year, Bishop Dmitri presented the case of the Orthodox Church in Mexico to the Holy Synod of Bishops of the Orthodox Church in America.  As a result of numerous exchanges and visits, the members of the Holy Synod asked Bishop Dmitri to visit Mexico officially and to report on his findings.  This report was studied by the OCA’s Department of Canonical Affairs, which recommended acceptance of the Mexican communities into the Orthodox Church. 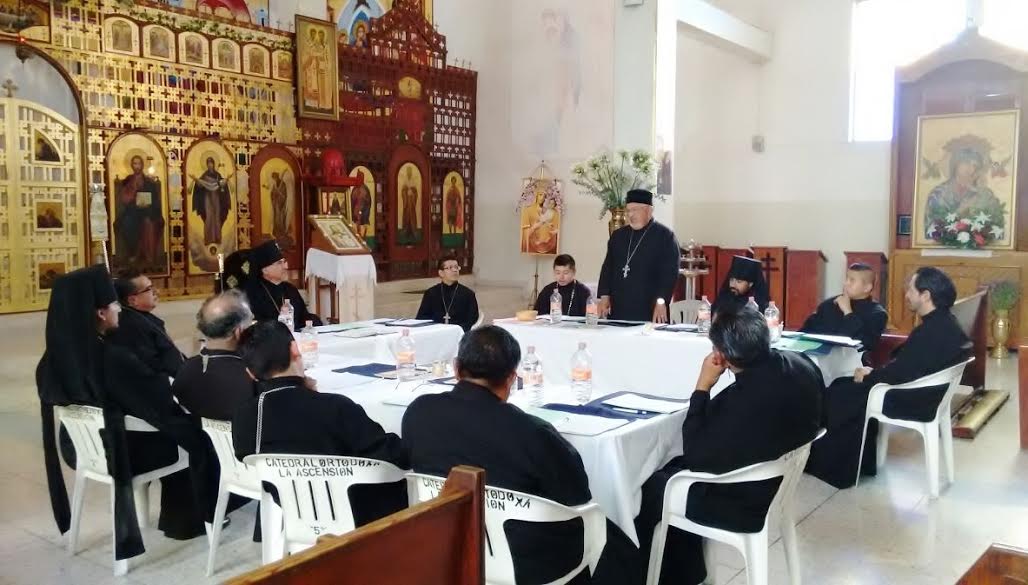 During the gathering, three new departments were established.

In 1971, Bishop José petitioned to be accepted with his flock into the Orthodox Church in America.  He and other priests of his community, together with an estimated ten to twenty thousand faithful, were received into the Orthodox Christian faith.  After completing studies at Saint Vladimir’s Seminary, Yonkers, NY, Father José was consecrated as Bishop of Mexico City at Holy Virgin Protection Cathedral, New York, NY on April 22, 1972.  Despite countless obstacles, what had become the Exarchate of Mexico continued to grow through the establishment of additional missions and conversions.

On January 28, 1983, Bishop José fell asleep in the Lord after a relatively brief bout with cancer.  Archbishop Dmitri of Dallas and the South continued to oversee the life of the Mexican Exarchate until 2005, when a successor to Bishop José was found.  On May 28 of that year, in services celebrated at Saint Tikhon’s Monastery, South Canaan, PA, Archimandrite Alejo [Pacheco-Vera] was consecrated as an Auxiliary to Archbishop Dmitri.  On October 16, 2008, he was elected as the Exarchate’s ruling Bishop.  He was enthroned, in the presence of the entire Holy Synod of Bishops, at Mexico City’s Ascension Cathedral on January 18, 2009.  The Exarchate subsequently was granted full diocesan status. 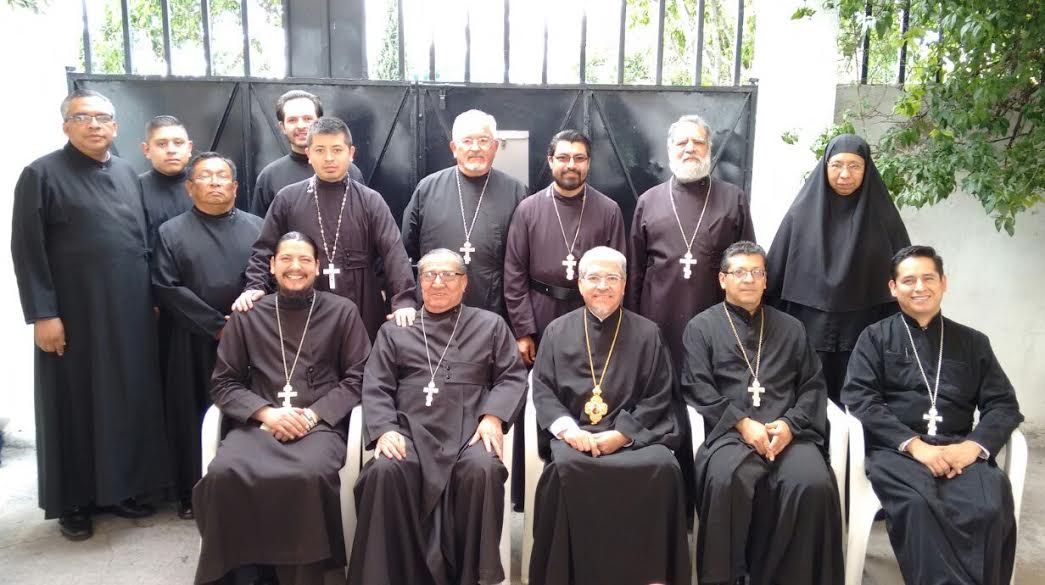 In recent years, missionary efforts have intensified in the Diocese of Mexico, especially with the organization of short-term mission trips to San Esteban, Pisaflores and other remote communities.  An excellent video presentation on the life of the Diocese of Mexico was produced for and aired during the 18th All-American Council, which was convened in Atlanta, GA in 2015.