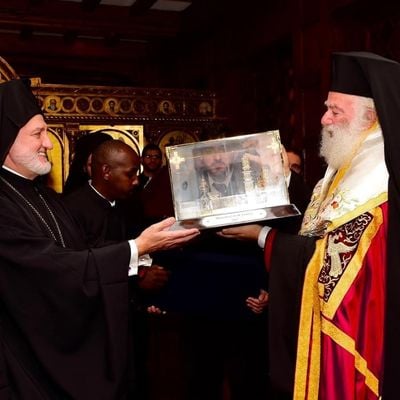 NEW YORK — Thursday, October 6, marked the first full day of the Apostolic visit of His Beatitude Theodoros II, Patriarch and Pope of Alexandria and all Africa, to the United States. In the morning, His Beatitude met with His Eminence Timothy Cardinal Dolan, Catholic Archbishop of New York, and His Eminence Archbishop Borys Gudziak, of the Ukrainian Catholic Archeparchy of Philadelphia.