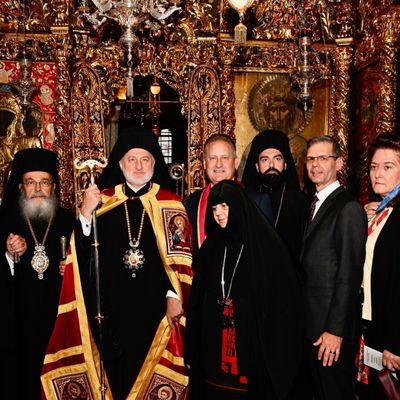 DRAMA, Greece — On Thursday, September 29, 2022, an 11th-century Greek Gospel manuscript was officially repatriated to the Theotokos Eikosiphoinissa (Kosinitza) Patriarchal and Stavropegial Monastery by the Museum of the Bible. One of the world’s oldest hand-lettered gospels, “Kosinitza Manuscript 220” is among the 470 religious objects and 430 manuscripts looted from the Monastery in 1917 by Bulgarian Forces.