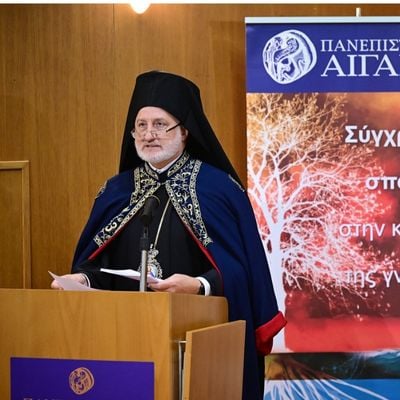 Chios— The University of the Aegean awarded Archbishop Elpidophoros of America an honorary doctorate on Monday, September 5, 2022 at their campus in Chios. In his academic address entitled, “Crisis Management in the Ecumenical Patriarchate,” His Eminence discussed the historic role of the Ecumenical Patriarchate of Constantinople in responding to crises on both a global scale, as well as within ecclesial institutions.