'Man of God' Film Coming to Theatres Across US

'Man of God' Film Coming to Theatres Across US 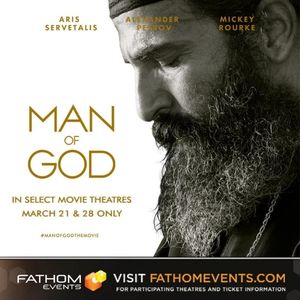 ‘Man of God’, the award winning box office hit film based on the widely venerated Greek saint, St Nektarios of Aegina that won the hearts of people last summer in Greece is coming to a theatre near you across the US on March 21 & March 28 – two-nights only! Don’t miss the chance to watch this incredible film!