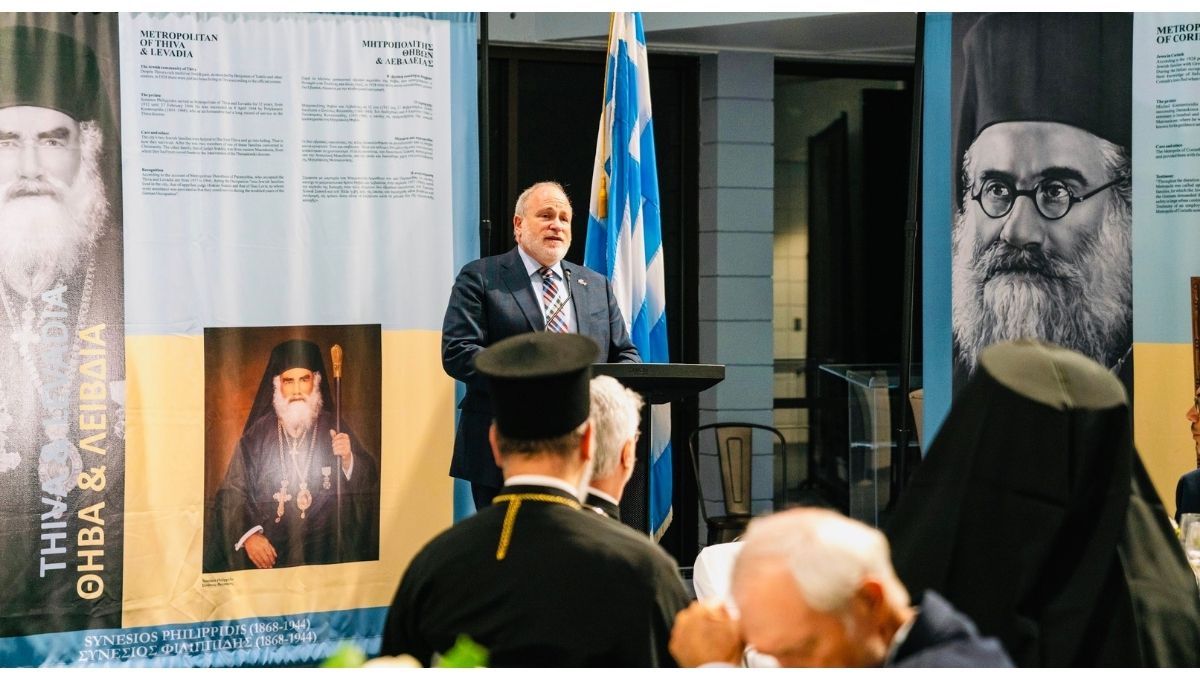 On March 10, 2022, the Maliotis Cultural Center of Hellenic College Holy Cross hosted the inaugural event of its next exhibit: “The Good Shepherds: Chief Metropolitans and Rabbis in the Face of Holocaust.” According to the Jewish Museum of Greece, “the exhibit’s purpose is to showcase the positive actions, rescue attempts, gestures of sympathy or support, no matter how large or small, revealed by the Jewish Museum of Greece research, in order to honor those involved and inspire us today….