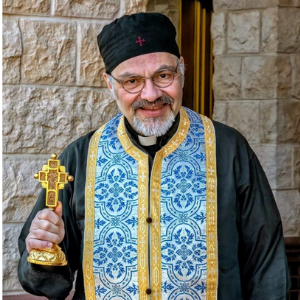 Father Apostolos (Paul) Panos was born in Chicago, Illinois on September 25, 1959. His parents, Peter and Georgia Panos, were from the Province of Arkadia, Peloponnesos, Greece near Tripolis. As a child,Father Paul worshiped at Saint Nicholas Greek Orthodox Church in Oak Lawn, Illinois and graduated from their Homer Greek Language School. Upon graduating from a Chicago public high school, he enrolled in a technical school and was later employed by General Motors.