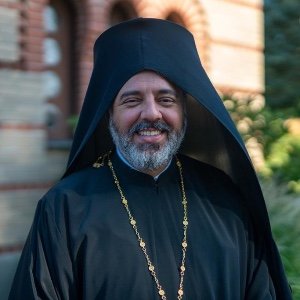 Archimandrite Athenagoras (Christos) Ziliaskopoulos was born in 1970 in Reutlingen, Germany, and grew up in Greece and Germany. He spent his young adulthood on Mount Athos as a monastic and learned to live a life devoted to Christ and the Church. He was ordained to the Holy Diaconate in 1997 and the Holy Priesthood in 1998 by His Eminence Metropolitan Augoustinos of Germany. In 1999, he was elevated to the rank of Archimandrite of the Ecumenical Patriarchate by His All Holiness Ecumenical Patriarch Bartholomew.