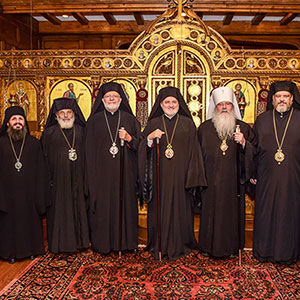 The Executive Committee of the Assembly of Canonical Orthodox Bishops of the United States of America met today, under the chairmanship of Archbishop Elpidophoros, to discuss the state of Orthodox Christian unity in the USA. Recognizing the challenges in global Orthodoxy, the jurisdictional representatives reiterated their commitment to the local faithful of America and rededicated themselves to fulfilling the call for canonical normalcy and pastoral unity on contemporary issues.