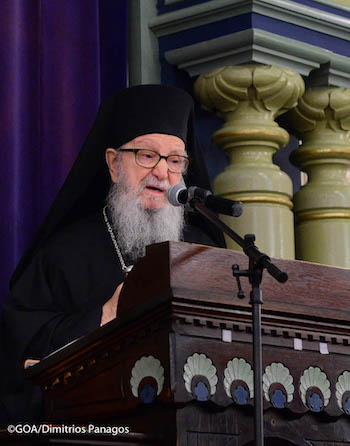 NEW YORK – His Eminence Archbishop Demetrios of America, joined other distinguished religious leaders today in the Park East Synagogue, in a memorial event titled “United Against Hate,” an inter-religious gathering of Leaders in solidarity with Pittsburgh and the victims of the massacre at the Tree of Life Synagogue.