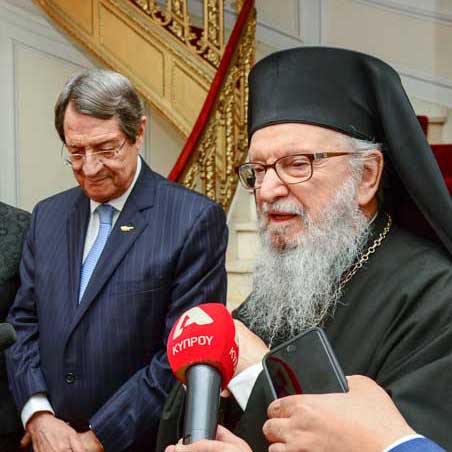 NEW YORK – His Eminence Archbishop Demetrios of America welcomed yesterday September 24, 2018 in his office, the President of the Republic of Cyprus Nicos Anastasiades, who is attending the General Assembly of the United Nations in New York, and his wife, the First Lady of Cyprus Andri Anastasiades.