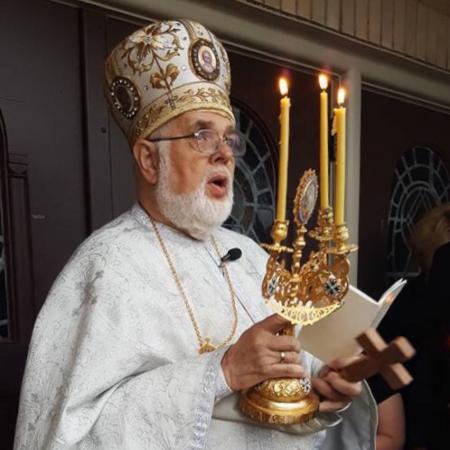 Fr. Harvey was born January 21, 1945, in Hollywood, California and was the son of the late Harold and Dorothy Johnson Harvey. He was a 1968 graduate of Duquesne University and of Sts. Cyril & Methodius Seminary in Pittsburgh, and he earned a degree in theology from St. Vladimir’s Seminary in 1970, graduating at the top of his class. Fr. John was ordained a priest September 27, 1974, at St. Andrew Cathedral in Jamaica, NY.