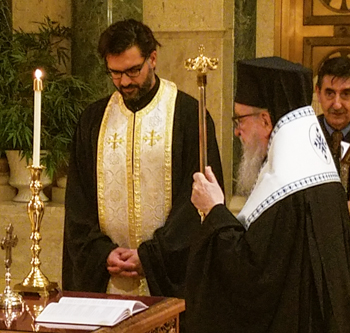 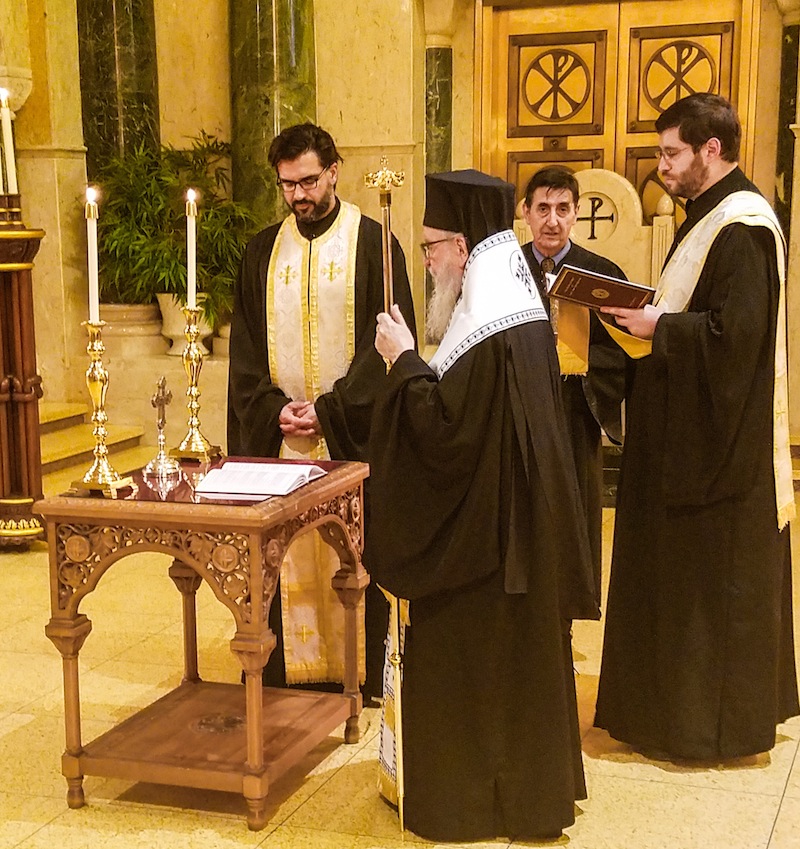 WASHINGTON – His Eminence Archbishop Demetrios of America held today in the Cathedral of Saint Sophia a memorial service for the fire victims in Eastern Attica, Greece. The Archbishop is in the Nation’s Capital on the invitation of the Secretary of State of the United States, Mike Pompeo, to attend and participate in the first-ever Ministerial to Advance Religious Freedom (a separate release will cover this event), held in the State Department, July 24-25, 2018.

The Archbishop also prayed for the repose of the soul of Protopresbyter Spyridon Papapostolou, who was among the victims of the fires and was a personal friend of the Archbishop. Fr. Spyridon served for many years as proistamenos of the Church of Saint Nicholas in Halandri, a suburb of Athens. He also had a direct connection with the Cathedral of Saint Sophia in Washington, as his brother Harilaos Papapostolou of blessed memory served for many years as the master chanter and choir leader of the Cathedral.

Attending the memorial were the representative of the Embassy of Greece in Washington First Consellor Dimitrios Angelosopoulos, Archon of the Ecumenical Patriarchate Andrew Manatos, and others.

Following the memorial trisagion the Archbishop stated: “We conducted a memorial service for the eternal memory and repose of the souls of the innocent people who lost their lives in this unprecedented fire in Eastern Attica. We also prayed for God’s help and comfort and solace to the families of victims. This was an event of extraordinary proportions, of speed and intensity not seen before. We understand the great difficulties the Greek State will face in its effort to repair, compensate and rebuild all that was destroyed, and in this effort, we, as the Greek Orthodox Church here in America, are willing to help in any way possible so that wounds and traumas caused by this terrible disaster may heal as quickly as possible. We believe that God will help and support the efforts to revitalize the afflicted areas but mostly to strengthen and offer solace to the people.”