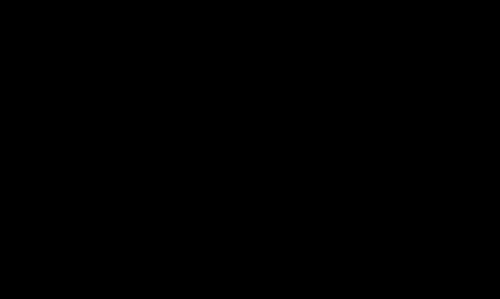 The Board of Trustees of Saint Tikhon’s Orthodox Theological Seminary in South Canaan, PA, has named the Very Rev. Archpriest John E. Parker III, D.Min., as the new Dean of the school.  The announcement was made on Thursday, July 5, by His Eminence, Archbishop Michael (Dahulich), Ph.D., Archbishop of New York and the Diocese of New York and New Jersey, and the Rector of St. Tikhon’s Seminary.

Father John is presently the Rector of Holy Ascension Church in Mount Pleasant, South Carolina.  He succeeds the Very Rev. Archpriest Steven Voytovich, who has served as the Seminary’s Dean for the past five years.

Father Parker earned his Bachelor of Arts degree (major in Spanish Language and Literature and minor in German) at the College of William and Mary in Williamsburg, Virginia, where he met his wife, Jeanette in 1993.  After marrying in 1994, he taught Spanish for three years at the Shipley School in Bryn Mawr, PA, before doing full-time youth ministry at the Episcopal Church of the Good Samaritan in Paoli, PA.  In 2001, Fr. John earned his Master of Divinity degree from Trinity Episcopal School for Ministry in Ambridge, PA, and served for a brief period as curate at Holy Cross Episcopal Church on Sullivan’s Island, SC.

During his last year at TESM and his time at Holy Cross, he and Jeanette, along with their two sons, discovered the Orthodox Faith.  On July 7, 2002, the Parkers were received into the Orthodox Church at Holy Ascension Mission, in Mount Pleasant, South Carolina. The Parkers moved to St. Vladimir’s Orthodox Theological Seminary in Crestwood, NY, in August 2002.  Fr. John was ordained deacon by His Beatitude, Metropolitan Herman, in November 2002, and priest in April 2003, by His Eminence, the late Archbishop Dmitri, of Dallas and the South, of blessed memory.  Fr. John pursued a Master of Theology degree (with his thesis entitled, “The Sanctity of Chastity:   An Orthodox Approach to Homosexuality”), which he earned in 2004.

Since June 2003, Fr. John has served as the pastor of the very mission into which the Parkers were received.  There, fueled by the remarkable gifts, talents, and generosity of the local faithful, they built a parish family well-known for its warm, southern hospitality and a commitment to excellence in sacred music and arts.  This hospitality spills out into the 12 Step Addiction communities—hosting the weekly “We’ve Been Waiting for You” AA meeting, and the only Sexaholics Anonymous meeting in Charleston, especially devoted to freeing men from slavery to pornography.

From 2006-2008, the parish built and completed a remarkable Byzantine Temple, to honor the Lord’s Holy Ascension; there, music and arts festivals, workshops, and symposia are held, including a now-annual iconography workshop led by world-renowned iconographers.

Father John has written more than 170 essays on Orthodoxy for Charleston’s Post and Courier, the Carolina Compass, and the Moultrie News.  For the last decade, he has offered bi-annual lectures on Orthodox Christianity at the College of Charleston, and was active in Campus Ministry at the Citadel, where his two sons, Zachary (a math major, wishing to teach) and Sebastian (a mechanical engineering major, wishing to work in aviation), are rising juniors.

In 2011, Fr. Parker was appointed Chair of the Department of Evangelization of the Orthodox Church in America.  During his tenure as Chair, he has overseen the Church Planting Grant; he has worked to build bridges to the Orthodox Faith with Anglicans and Evangelicals; and he has hosted a regular podcast on Ancient Faith Radio, entitled, “Lord, Send Me.”  He has given talks and retreats on Missions and Evangelism in many of the dioceses of the OCA, in several Antiochian parishes, and internationally in Finland and Greece.  For five years he has served on the Board of the Orthodox Christian Mission Center (www.ocmc.org).

In December 2017, he earned his Doctor of Ministry degree at St. Vladimir’s with a project entitled “Radechesis: A Radical Return to the Roots of Christian Catechism.” Father John and Matushka Jeanette—who earned her DNP in 2016 and serves with joy as a Nurse Practitioner—move to St. Tikhon’s with the beginning of the new academic year.

In accepting the position, Father John stated: “St. Tikhon’s has a remarkable and rich history; I am beyond humbled to be invited to serve where the Saints have walked, and where our new saints are being formed.

“I hope that my experience of a vision for heavenly beauty and the warmth of Christian hospitality at Holy Ascension, in love for and imitation of Jesus Christ, will encourage and inspire those near and far to see, encourage, and support such a vision in the mission and efforts of St. Tikhon’s Orthodox Theological Seminary.

“And I pray the Lord that my experience in missions and evangelism, as a son of the Diocese of the South, and as a priest shaped by the rich brotherhood of the Carolinas Deanery, will prove worthy and welcome gifts to share with the future clergy and lay leaders of the Orthodox Churches of our land, and perhaps beyond.”