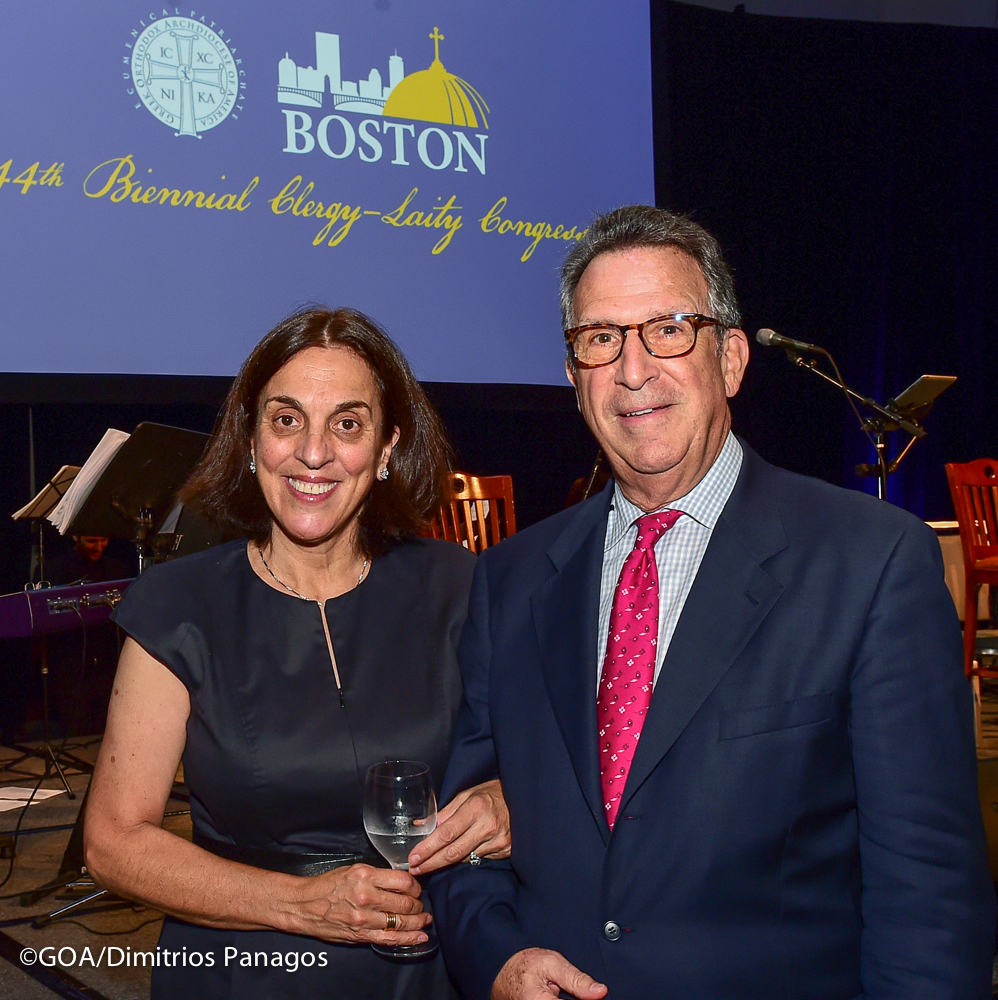 BOSTON – A service of Doxology was held today for the 4th of July, Independence Day by His Eminence Archbishop Demetrios of America inside of the large conference rooms of the Boston Marriott Copley Place Hotel, where the 44th Clergy Laity Congress is taking place July 1-5, 2018. Following the doxology, the National Forum of Church Musicians together with the Boston Brass ensemble offered a festive program of hymns and patriotic songs. Later in the evening the delegates of the Congress attended various festivities and watched the magnificent Boston fireworks show over the Charles River.

The large number of the delegates of the 44th Clergy Laity Congress devoted their time today in the meetings and deliberations of the Finance and Administration Committees. The Finance Committee discussed the proposed 2019 and 2020 budgets. After much discussion, a line item of one million dollars was added to the proposed budget with the intent to support the Archdiocese pension plan. The budgets will be presented to the plenary session tomorrow for discussion and approval.

There was a special presentation on the Youth Protection Manual by Steven Christoforou; and a panel discussion with the question: “Are We Doing Ministry Correctly: Reflections on the Direction of Our Work.” Meetings of the National Forum of Church Musicians and the National Sisterhood of Presvyteres were also held. In the late afternoon, the Order of St Andrew-Archons of the Ecumenical Patriarchate held their customary reception.

The delegates of both the National Philoptochos and the Clergy Laity Congress had the opportunity to visit the campus of Hellenic College Holy Cross during different time intervals on Tuesday July 3, 2018. Travelling by chartered coaches to nearby suburb of Brookline, the Philoptochos delegates visited in the morning hours and the Congress delegates in the early afternoon.

They toured the campus and the various buildings, attended seminars at Pappas Gymnasium, the Chapel of Holy Cross and the cafeteria. A traditional barbecue lunch under a tent was offered to everyone. Administrators and professors of the school offered presentations about the ministry of the School, the programs, the degrees and opportunities offered to the students.

Archbishop Demetrios chanted a trisagion short memorial service at the grave of Archbishop Iakovos of blessed memory behind the chapel of Holy Cross. Attending the service were Metropolitans of the Holy Eparchial Synod, the representatives of His All Holiness Ecumenical Patriarch Bartholomew His Eminence Elder Metropolitan Apostolos of Derkoi and His Eminence Metropolitan Maximos of Selyvria, some school officials and other visiting delegates.

Earlier Tuesday morning, the first meeting of the Finance Committee took place, as well as the combined Archdiocesan Presbyters Council and Retired Clergy breakfast and in the afternoon the meetings of the National Philoptochos.