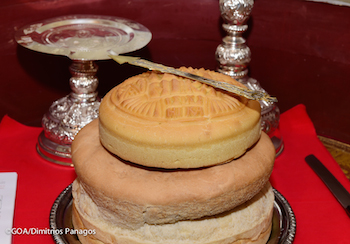 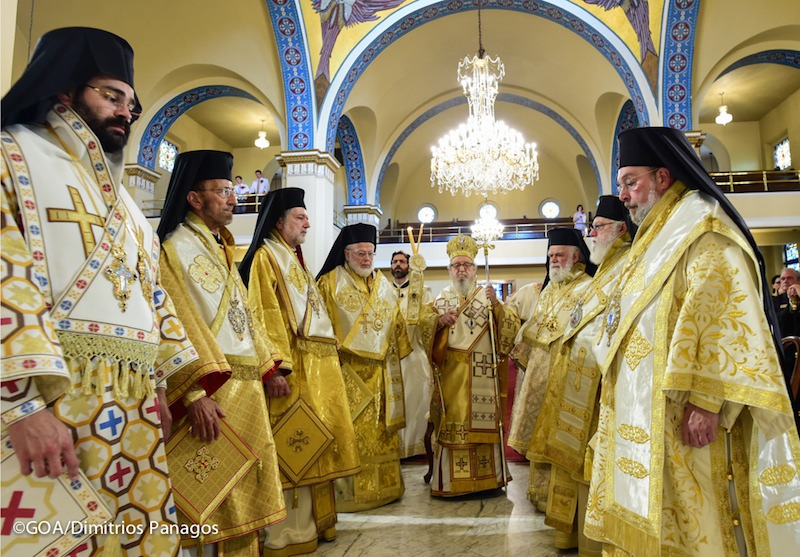 The absolute priority of love in the life of the Church

Archbishop Demetrios, in his homily at the conclusion of the Liturgy first publicly expressed gratitude to the Ecumenical Patriarch for sending to the Congress such a distinguished delegation and said that “the Clergy Laity takes place with the blessing, love and care” of His All Holiness. He also thanked His Eminence Metropolitan Methodios of Boston and the host committee for all the hard and complex work of preparing and hosting the Congress.

The Archbishop noted the feast day of Sts. Cosmas and Damian the Holy Unmercenaries and said they are the patron saints of the National Philoptochos. His Eminence spoke about the day’s apostolic reading from St. Paul’s First Letter to the Corinthians (12:27-31; 13:1-8) that starts with Brethren, you are the body of Christ and individually members of it. He said that we should be cognizant that we are not a club, a corporation or an organization but we are a Church, the body of Christ. He also said that further in St. Paul’s letter we read in Chapter 13 what is known as the Hymn to Love and we realize that love is the new law, principle and method for anything the body of Christ does. We read, he said, that if we have everything else but have not love, I (we) gain nothing, which shows us the absolute priority of love. Archbishop Demetrios concluded by quoting St. John Chrysostom who said “the measure and limit of love is that it has no measure and has no limit.”

On the invitation of Archbishop Demetrios, His Eminence Elder Metropolitan Apostolos of Derkoi, offered a heartfelt greeting to the congregation and conveyed the blessings and love of His All Holiness Ecumenical Patriarch Bartholomew. He said that this love for which Archbishop Demetrios spoke and St Paul writes in his Letter to the Corinthians, may guide and reign over all the meetings and deliberations of the Clergy Laity Congress for the benefit of the Holy Archdiocese and the Omogeneia.

It is a blessing for me to be here with you, said His Eminence Metropolitan Maximos of Selyvria, and to share our common faith and share in the message of the 44th Clergy-Laity Congress that to those who believe in Christ all things are possible. This is the core of our ministry in the Ecumenical Patriarchate and I am glad to see that this is what happens in our Archdiocese too.

Later in the afternoon, Archbishop Demetrios together with all the Hierarchs and lay leaders of the Church cut the ribbon at the official opening of the Congress Exhibit Hall. Leadership 100 is the underwriter for the exhibit area, which features numerous booths with vendors from the United States, Canada, Greece, and Cyprus and includes a ministry pavilion that highlights the national ministries of the Archdiocese. They also attended the General Assembly meeting of the National Philoptochos and a reception of the National Forum of Church Musicians.