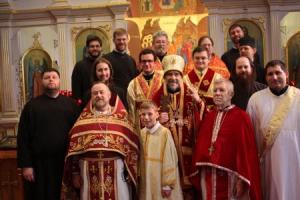 Archpriest Alvian Smirensky, 88, and his wife, Matushka Helen [Kefeli] Smirensky, 84, fell asleep in the Lord within hours of one another on Sunday morning, December 10, 2017.

Matushka Helen had been admitted to the Albany Medical Center on Thursday, December 8. On Sunday, Father Alvian communed her, but suffered a stroke en route home. He was taken to the hospital, where Matushka Helen had reposed prior to his death.