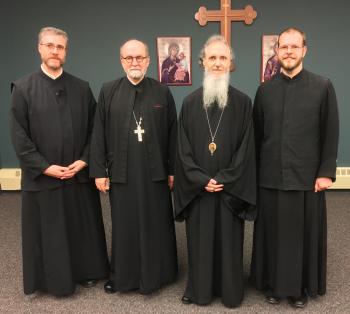 “This year, visiting speakers Metropolitan Ambrosios of the Orthodox Metropolis of Korea and Nathan Hoppe of Albania presented riveting accounts about their respective mission fields,” he noted.