In The News: From Pennsylvania to Finland!

Home/Jurisdictions/In The News: From Pennsylvania to Finland!
Previous Next

In The News: From Pennsylvania to Finland! 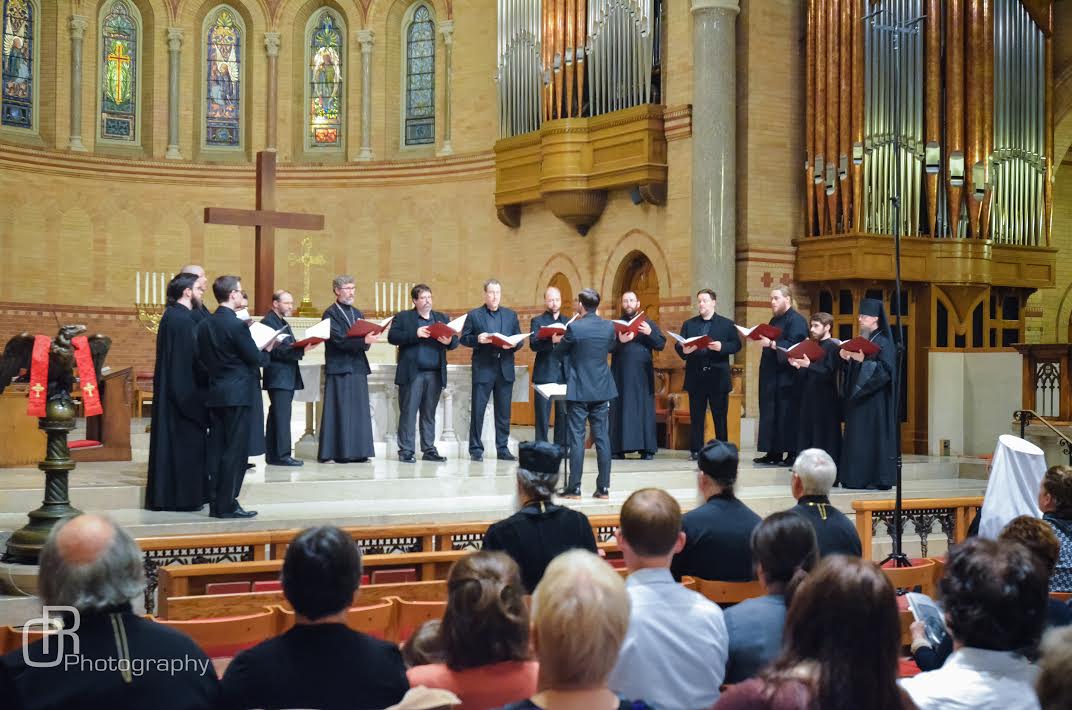 On Sunday, May 28, 2017, the Chamber Choir of Saint Tikhon’s Monastery performed a memorial concert of sacred music at Saint Stephen’s Episcopal Pro-Cathedral, Wilkes-Barre, PA.  A highlight of the concert was Tchaikovsky’s Nine Sacred Pieces, performed in the original Church Slavonic.  The audience responded with such a long and rousing standing ovation that the choir, which had not prepared an encore, repeated one selection.

In the first half of the program, the men of the Chamber Choir, which is a professional ensemble, were joined by some of the most talented members of Saint Tikhon’s Seminary Choir for a performance of Stepan Smolensky’s deeply contemplative Memorial Service for Tsar Alexander III [1904], scored for male chorus and presented in a new English transcription by Benedict Sheehan, Director of Music at the seminary.

Selections from the concert aired on WVIA 89.9 FM Public Radio.  The first installment aired during a weekly show, Music from Saint Stephen’s, on Sunday, June 4.  Listeners enjoyed the program twice in the same day—from 7:00-7:30 a.m. and from 4:00-4:30 p.m.  Additional broadcasts aired on the following two Sundays.  Listeners outside the reception area may access the recording on-line. 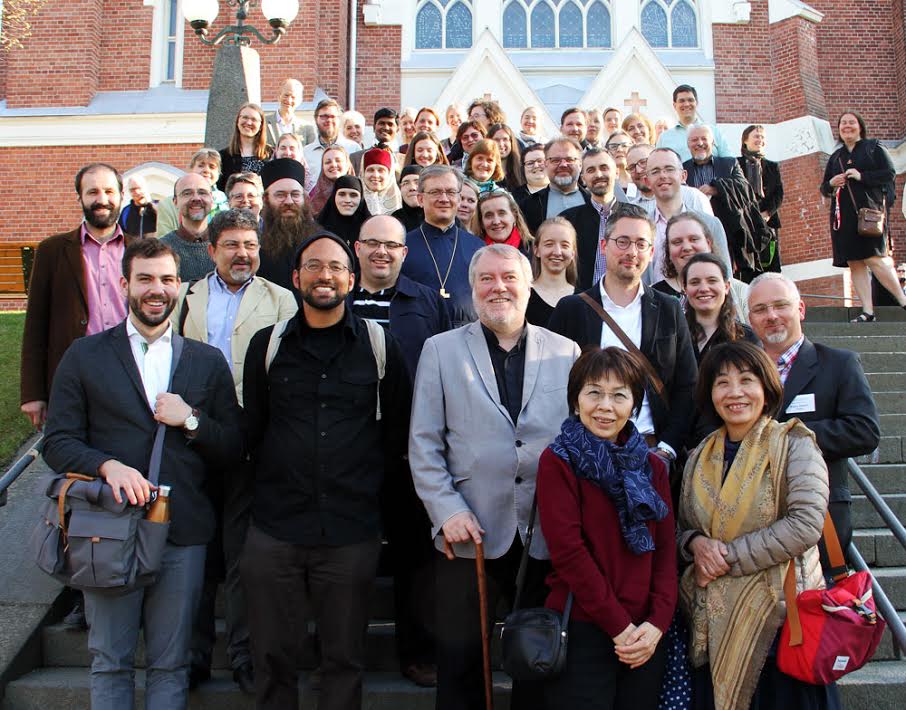 “This conference has provided, perhaps, some of the richest and most diverse communications yet,” said Father Ivan Moody, who chairs ISOCM’s Board.  “The broad theme of ‘Liturgy and Music’ providing the spark for reflections on many different aspects of the way these two concepts interact.”

The conference theme was developed in a series of 33 presentations that included vocal and melody types in the Typikon of Saint Sabbas, the liturgical music experience of Albanians in Italy, Romanian chant variations for feasts of the Mother of God; and Finnish liturgical and para-liturgical music.  Presentations also included reflections on the works of select composers, including Archpriest Sergei Glagolev of the US, Alexander Raskatov and Alexander Knaifel of Russia; and Egon Wellesz of Austria and the UK.

“We have enjoyed conversation and social time in which the themes arising during the course of the conference have been discussed in a more leisurely way, contacts made and projects planned,” Father Ivan added.  “It marks the perfect way to begin the second decade of the ISOCM’s existence.”

Founded in 2005, ISOCM offers international musicians and scholars opportunities to gather for conferences and to share their experiences, knowledge, and the joy of Orthodox liturgical chant.

The proceedings from the conference will be published and made available for purchase. 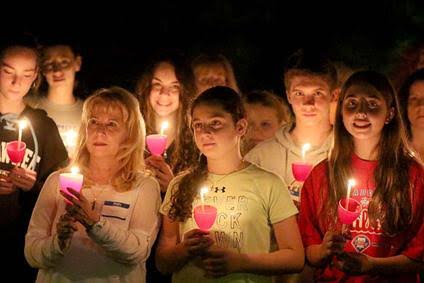 NJ youth participate in sleep out.

Teens from Holy Cross Church, Medford, NJ spent a night away from the comforts of home to raise awareness about the plight of homeless young people during a recent Covenant House sponsored sleep out.  The first of its kind for youth in Burlington County, the sleep out found the Holy Cross youth and their peers from neighboring faith communities spending the night in cardboard boxes and sleeping bags in the parish’s parking lot, experiencing something of the uncertainty and discomfort of life on the street.  In the process, the teens raised $13,000.00 in support of Covenant House Camden, which reaches out to youth in Burlington and Camden Counties.

An inspiring, detailed story and photos are available on the web site of the Diocese of New York and New Jersey. 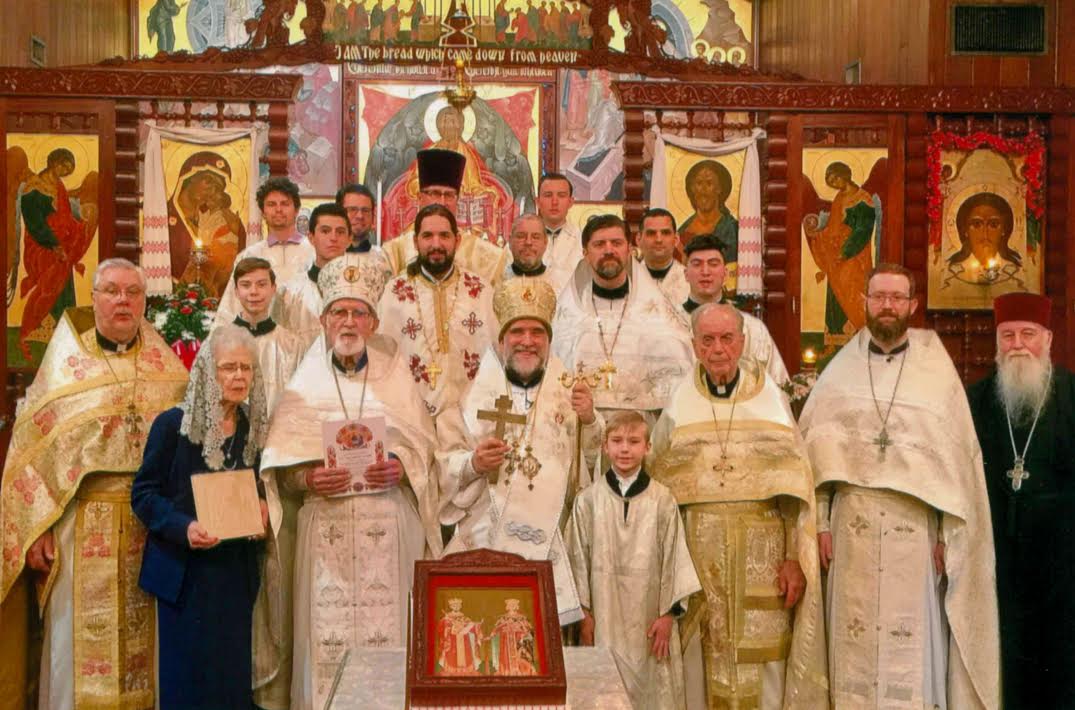 On Sunday, May 21, 2017, His Eminence, Archbishop Michael presided at the celebration of the Divine Liturgy at Christ the Saviour Church, Paramus, NJ, to honor Archpriest John and Matushka Eugenia Nehrebecki on their 65th wedding anniversary.

At the Little Entrance, Archbishop Michael awarded the miter to Father John “for serving the Church faithfully for over 65 years – Axios!  For establishing ten parishes in the New Jersey Deanery – Axios!  For your dedication to Matushka and raising with her six children, all devoted servants of the Church – Axios!”  Following the dismissal, Archbishop Michael presented Father John and Matushka Eugenia with a gramota to honor the occasion, while Father Leonid presented a hand-carved icon of the Theotokos to Matushka Eugenia on behalf of the parishioners of Christ the Saviour parish.

Present for the celebration and the banquet that followed were many family members, friends, parishioners, and area clergy.