The West Bank village of Taybeh has long been notable as the last entirely Christian community in Palestine, but thanks to the Khoury family, it has also become known worldwide for its excellent beer and, now, wine. Remarkably, the story of the family’s Taybeh Brewing Company and Taybeh Winery actually began at Hellenic College Holy Cross (HCHC), which counts six Khourys in two generations as graduates. 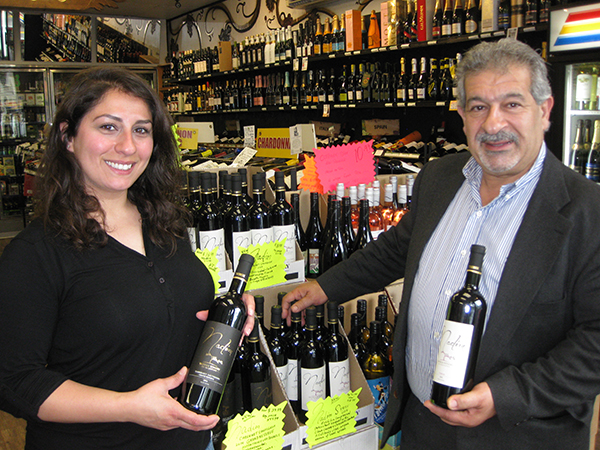 Matta (Matthew) Khoury, now His Grace Bishop Demetri, graduated from Hellenic College in 1974 and from Holy Cross in 1978. He encouraged his first cousin David to come to Hellenic College and, a couple of years later, David’s brother Nadim came too, with a strong push not only from his relatives but from Rev. Fr. Christopher Metropulos, then Dean of Admissions and now HCHC President.

The brothers’ late father was a successful businessman in Taybeh, so David (BA 1980) and Nadim (BA 1983) learned a lot about business growing up. As students at Hellenic, both worked at a liquor store near campus and Nadim experimented with brewing beer. They spent many years after graduation away from Taybeh, except for visits, because of the highly volatile situation in their homeland. During that time, David married Greek-American Maria Kouremenou (BA 1982), whom he had met at Hellenic. 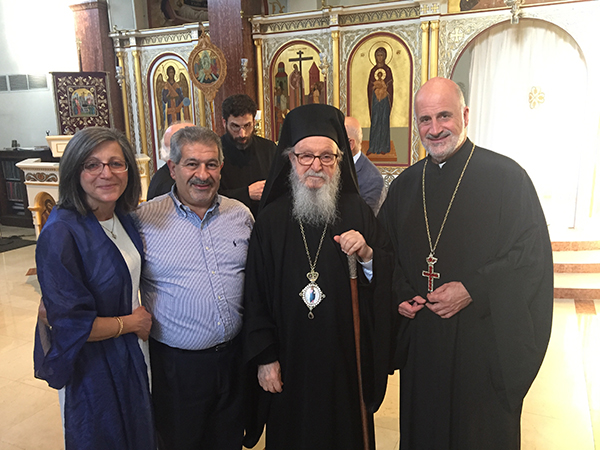 Then Israel and the PLO signed the Oslo Peace Accord in 1994 and the Khourys decided it was the right time to return to Taybeh. “My father was very happy,” David recalls. “He always dreamed of us coming back.” With years of experience running a successful liquor business in Boston, further education, and that early enthusiasm for making beer, the brothers decided to establish the first microbrewery in the Middle East and help boost the local economy along with local pride.

However, there was a major hurdle to get over: obtaining the necessary permit from the Palestinian Authority, a complicated  process with long odds. “We were shocked that we got permission,” David admits. As soon as they did, the whole family got to work. “Our father put up the building and Nadim got the equipment from different places around the world.” In April 1995, the brewery began operating, with Nadim as head brewer. from the start, the brewery followed the rigorous German Purity Law, using no additives or preservatives.

Meanwhile, the Khoury family had expanded and two members of the next generation, David’s daughter Elena and Nadim’s daughter Madees, came to Hellenic College and graduated together in 2007. Elena’s mother, Maria, says, “It was important for me, as a Greek Orthodox Christian and as a graduate of the school, to have my child attend Hellenic. It was and is my second home.” 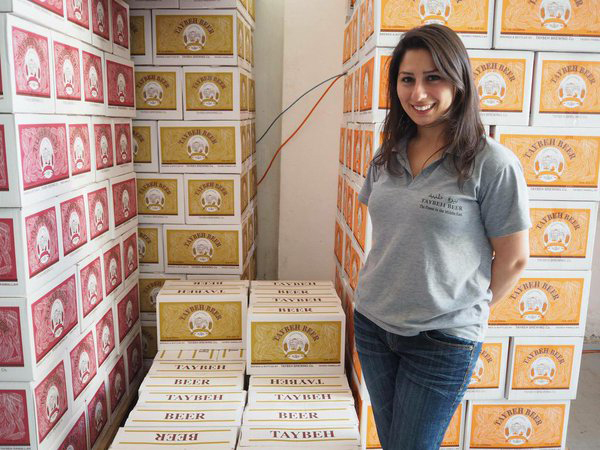 Madees went on to earn an MBA and join her father back in Taybeh as assistant brewer, the only female brewer in Palestine. “It’s not easy,” she says. “You need a lot of water to make beer and the village gets running water only one or two days a week. Not long ago, we went 18 days without it. There’s never enough.” Still, they manage, and their annual Oktoberfest draws huge crowds of international beer-lovers. Jim Koch, of Sam Adams fame, has been known to refer to Nadim as “the Sam Adams of the Middle East.” Son Canaan joined the business after studying brewing at UC Davis and earning the highest score in the world on the master-brewer exam. With an annual production capacity of 15,000 bottles, the brewery now ships to the US, Europe, and Japan. 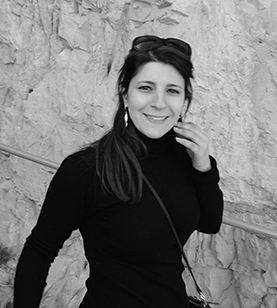 After Hellenic, Elena also earned an MBA, as well as a law degree, and passed the Massachusetts bar before returning to Taybeh, where she now oversees the family’s Taybeh Golden Hotel, which provides an ideal base for visitors touring the Holy Land, being only half an hour from Jerusalem and close to many holy sites. She also teaches part-time, which pleases Maria, who holds a doctorate in education.

As if these venture were not enough to keep the Khourys busy, David also served as mayor of Taybeh from 2005-2015, and he and Maria have built 24 of a projected 32 apartments to provide affordable housing for those who need it.

The most recent family venture, launched in 2013, is the Taybeh Winery. This too has been compromised by shortages of water for irrigation—many of the first vines planted died. But things are looking up. In partnership with Palestinian farmers, the winery buys all its grapes locally and “we’ve had consultants from Europe educate the farmers on how to prune and so on, “ says Madees. The first releases of wines from international grapes have been well received, and now the winery is launching a white and a red from two of the many indigenous varieties of grapes. 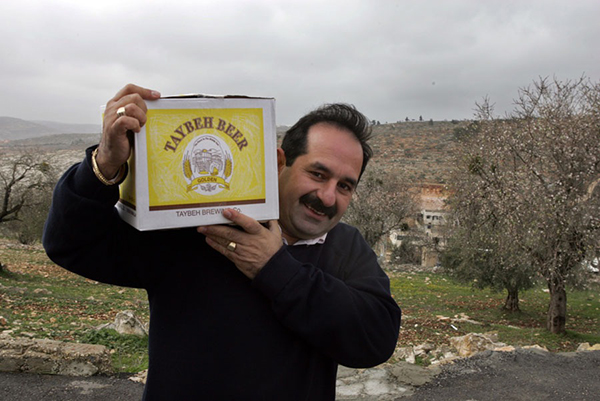