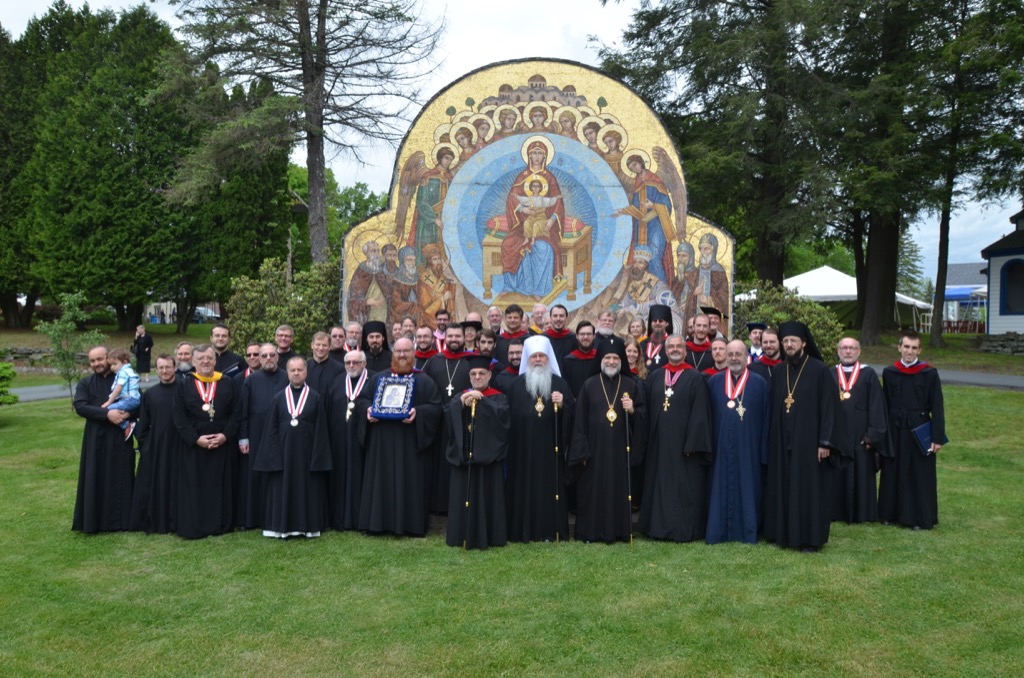 Thirteen seminarians were awarded the Master of Divinity degree during commencement exercises at Saint Tikhon’s Seminary [STOTS] on Saturday, May 27, 2017—the second day of the 113th annual Memorial Day Pilgrimage to Saint Tikhon’s Monastery.

His Beatitude, Metropolitan Tikhon, STOTS President, presided at the morning’s Hierarchical Divine Liturgy and at the commencement exercises that followed, during which His Grace, Bishop Thomas of the Diocese of Charleston, Oakland and the Mid-Atlantic of the Antiochian Orthodox Christian Archdiocese of North America, delivered the commencement address and was awarded a Doctor of Divinity degree, Honoris Causa.  His Eminence, Archbishop Michael of New York and New Jersey, STOTS Rector and Chief Executive Officer, also was present, together with members of the faculty and Board of Trustees.

Reminding the graduates to “take hold of the things that come to [their] hands and utilizing them for the life of the world,” Metropolitan Tikhon, in his closing remarks, called upon them to “become grafted as a branch of the Church.  No matter what your future holds, Christ will always be there….  May God give you the strength to abide in Him for the glory of the Kingdom.”

According to Archpriest Steven Voytovich, STOTS Dean, “eight of the graduates—six priests and one deacon, all students of the Orthodox Church in America—were recognized as graduating with honors in having completed a thesis or project.  Nine students received graduated from the Diaconal Certificate Program, while one graduate completed a one-year program of Pastoral Formation studies.”

Others honored during the ceremony included Sergei Arhipov, STOTS Registrar and Librarian, who was presented with a Primatial gramota in recognition of his retirement after 20 years of service; Archimandrite Sergius, Abbot of Saint Tikhon’s Monastery, who was recognized by Student Government with the Father Alexander Atty Memorial Award for Community Service; and Archpriest Joseph Martin, who received the first Alumnus of the Year award from the Seminary Alumni Association. 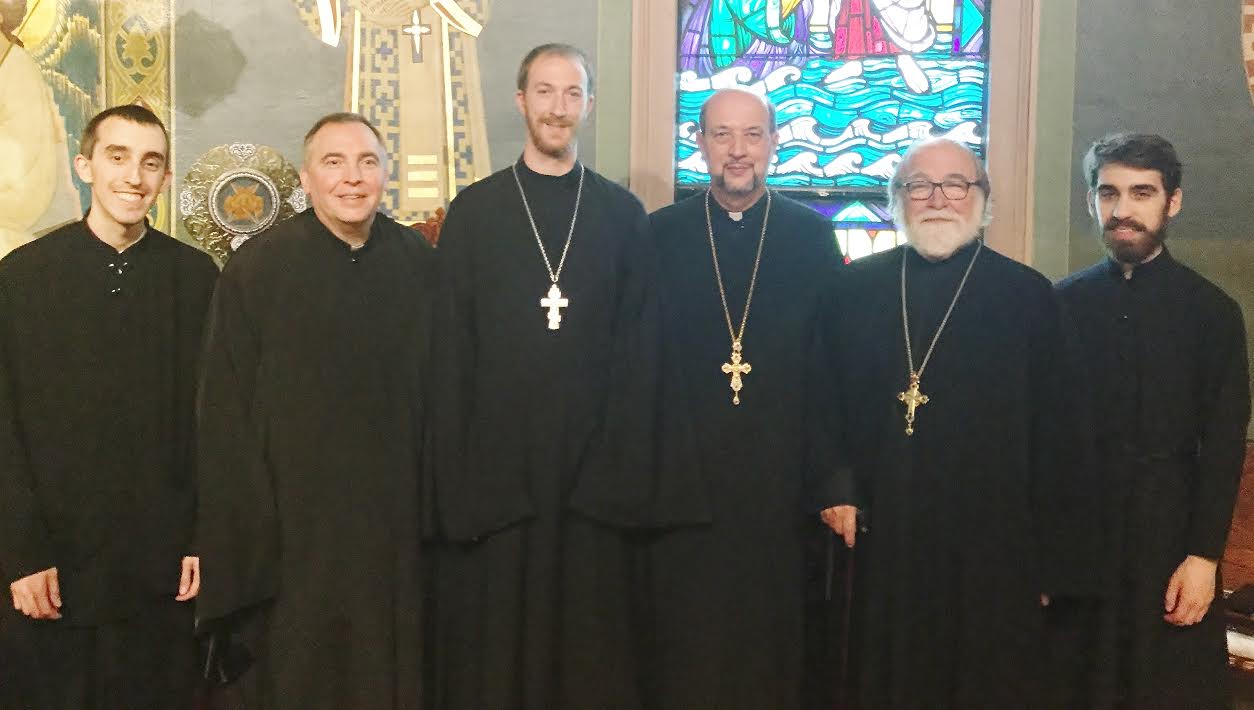 Unique to the Class of 2017 are four students whose fathers serve the Church as clergymen:  Andrew Bohush, son of Deacon Mark Bohush; Priest Andrew Nelko, son of Archpriest Andrew Nelko; Paul Kappanadze, son of Archpriest Jason Kappanadze; and Michael Speck, son of Priest Michael Speck.  “We are enormously grateful for our sons who have seen our lives—and the lives of our wives—and have still chosen to follow us into a life of service to God and Church,” remarked Father Jason.

Graduates and their families were feted at a commencement banquet dinner held at the Hilton Scranton & Conference Center on Saturday, May 27, evening.  On Memorial Day—Monday, May 29—the ordained members of the Class of 2017 concelebrated the early Divine Liturgy together in the Monastery Church of Saint Tikhon of Zadonsk.