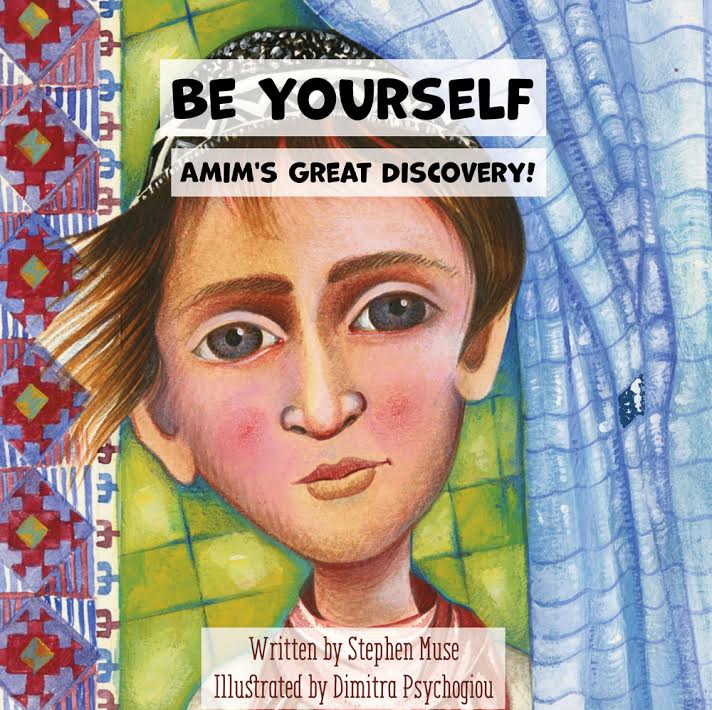 One the eve of the 113th annual Memorial Day Pilgrimage to Saint Tikhon’s Monastery May 26-29, 2017, STM Press announced the debut of its first children’s book, Be Yourself: Amin’s Great Discovery.

Written by Stephen Muse and beautifully illustrated by Dimitra Psychogiou, the book features the story of a beloved boy, Amin, who finds himself in school in a different culture for the first time.  When he is teased by the children, who discover ways that he is different from them, Amin tries to avoid the pain of loneliness and rejection by an all-too-familiar pattern as, little by little, he eliminates anything and everything about himself to which anyone might object.  As he adapts himself in extraordinary ways in order to make friends with the children who tease him, he discovers the most important secret about the nature of love and being the person God created him to be.

“Be Yourself: Amin’s Great Discovery is a story that can be read purely for enjoyment,” said STM Press’ Innocent Neal.  “But it also can serve as a springboard for discussion with parents, teachers and child therapists working with children with anxiety, friendship issues, the pain of being teased by classmates, and multicultural issues.”

Be Yourself: Amin’s Great Discovery will be available at the Monastery Bookstore throughout this weekend’s Pilgrimage.  The book is also may be ordered on-line.