This year, the retreat was co-sponsored by the Ukrainian Orthodox League of the USA and the National ACRY.

Frs. Anthony Perkins and Michael Danczak led the adults and teenagers in a discussion of the topic: ” Peace Be Unto All: Encountering The Divine Liturgy”

Frs. William George and William Bennett served as retreat masters for children ages 6-11 and spoke on the topic: The Divine Liturgy: The Five Senses. 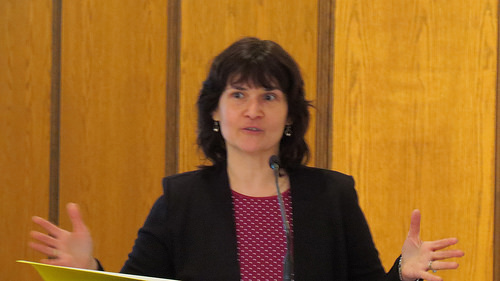 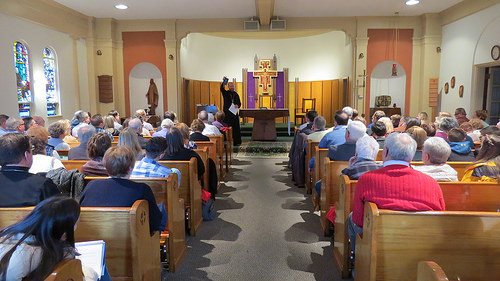 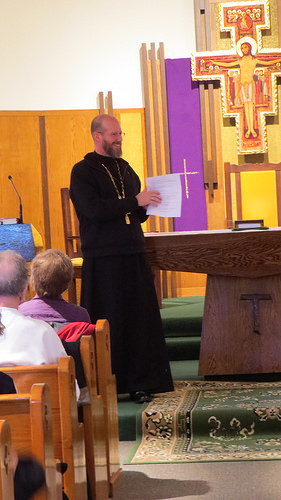 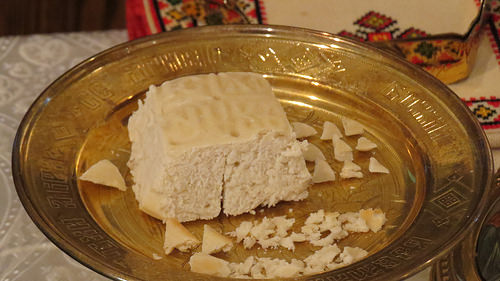 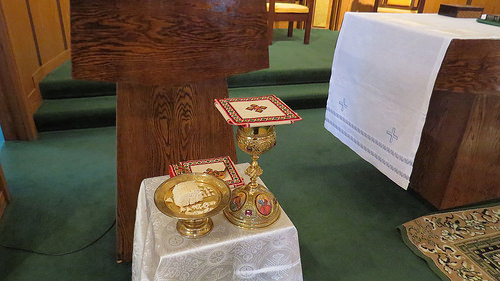 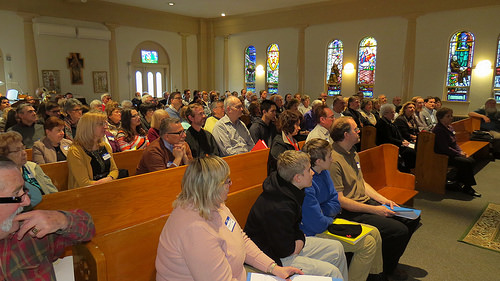 The Chapel was filled to capacity for the presentations. 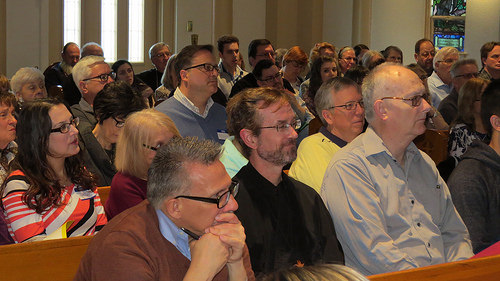 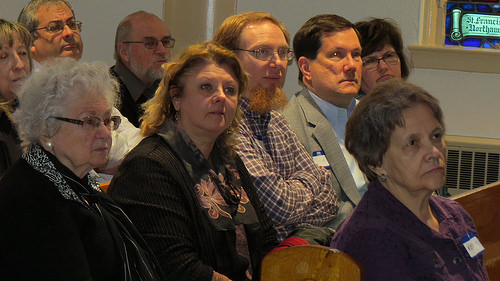 Participants from Holy Ghost Church in Phoenixville, PA and Waldorf, MD listen intently to the presentation. 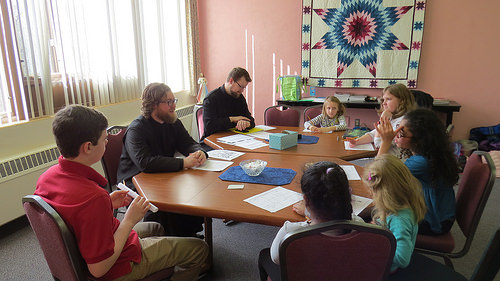 The youth work on a special activity. 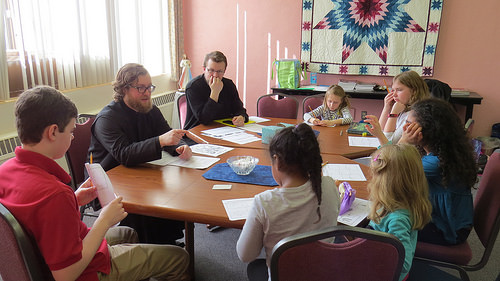 The children were led in a discussion of the theme: “The Divine Liturgy: The Five Senses” 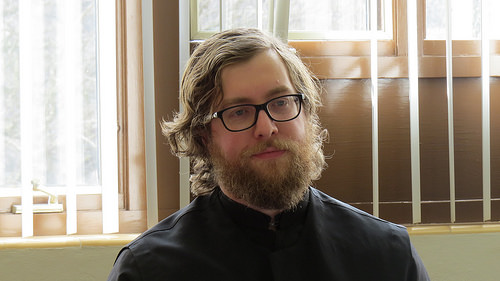 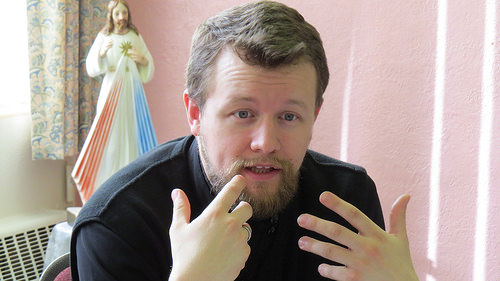 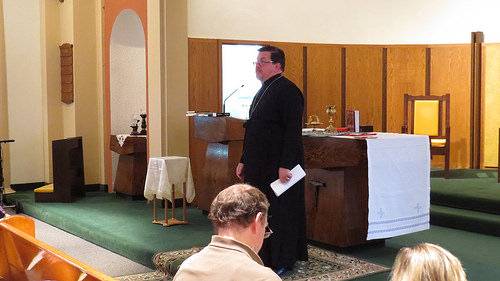 Fr Michael Danczak offered a presentation on the second part of the Divine Liturgy – The Liturgy of the Faithful. 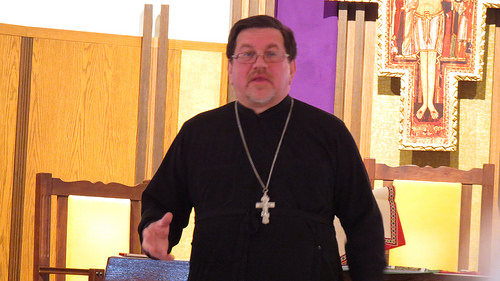 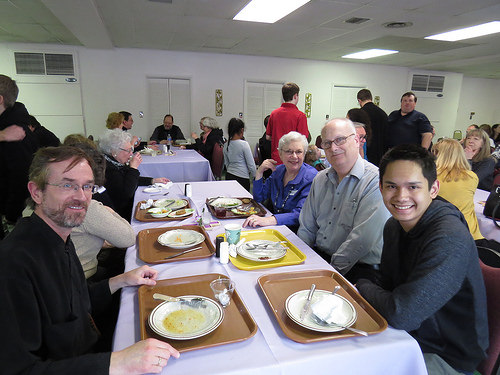 Everyone enjoyed a delicious lunch. 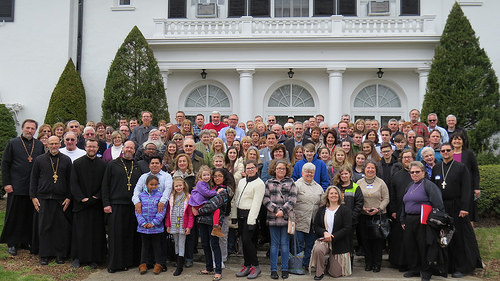 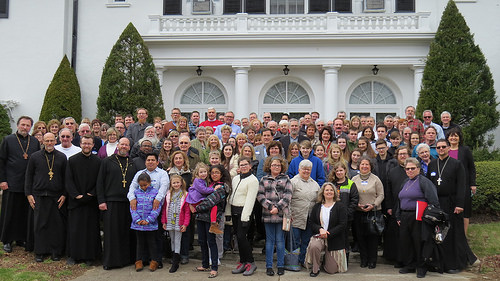 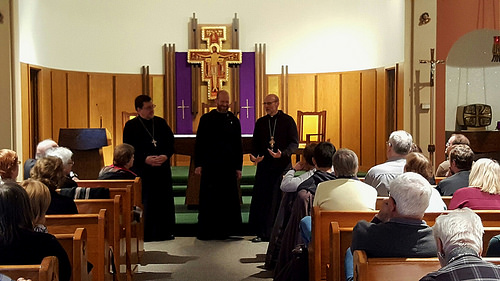 The day ended with a Q & A session led by Frs. Michael Danczak, Anthony Perkins and Peter Paproski. 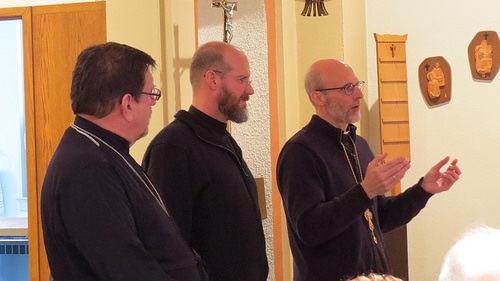 Fr. Peter responds to a question. 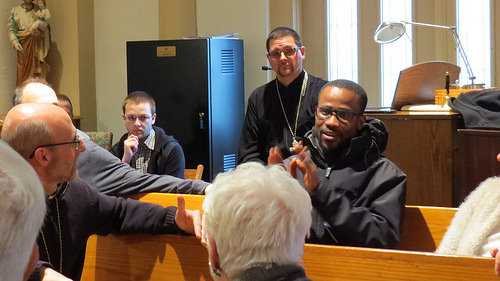 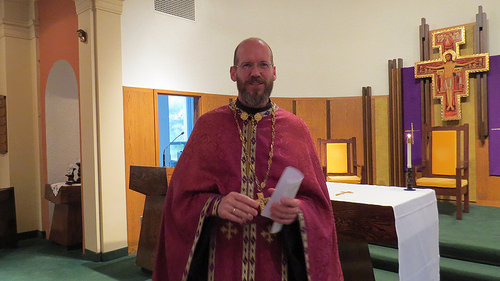 Fr. Anthony Perkins was the celebrant of Great Vespers. Responses were sung in the Kievan and Carpatho-Rusyn tradition led by Frs Taras Naumenko and Peter Paproski.