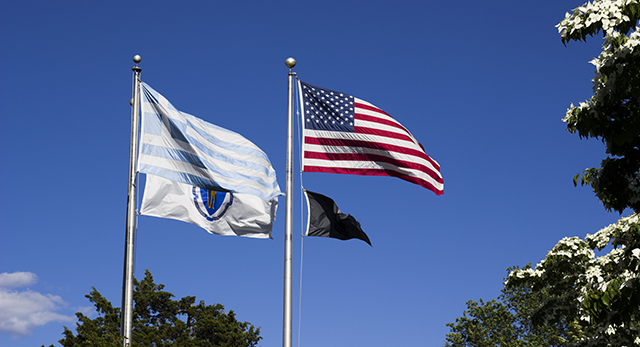 “The celebration of the Independence of Greece is more than a cultural commemoration,” said Rev. Fr. Christopher. “It is a beacon of hope against oppression and tyranny for the world.”

At the event, President Trump proclaimed March 25, 2017 as “Greek Independence Day: A National Day of Celebration of Greek and American Democracy.”  Atop a distinguished list of notable guests were His Eminence Archbishop Demetrios, Geron of America, Hierarchs of the Holy Eparchial Synod of the Greek Orthodox Archdiocese of America, clergy, lay leaders, and exemplary Greek Americans.

“This year marks the 185th Anniversary of the Treaty of Constantinople (1832) and the formal recognition of Greece as an independent state,” continued Rev. Fr. Christopher. “We pray that Our Lord and Savior Jesus Christ, through the prayers of His Most-Pure Mother, will continue to sustain it, particularly in its present time of political, economic, and social challenges, and bless all its people.”

Greek Independence Day is celebrated as an official state holiday in Greece on March 25, the Major Feast of the Annunciation of the Most-Holy Theotokos in the Eastern Orthodox Church. It is said that on this day in 1821, Bishop Germanos of Patras blessed a Greek flag at the Monastery of Agia Lavra and proclaimed the national revolution against the Ottoman Empire.

The Greek Independence Day Parade of Boston will take place on Sunday, April 30. The HCHC community, led by its students, will participate, as it has for many years.

Hellenic College Holy Cross Greek Orthodox School of Theology (HCHC) is the oldest Orthodox Christian college and seminary of its kind in North America. Founded in 1937, the institution serves as a beacon of development for lay and ordained leaders in the Orthodox Church and local communities in the United States and throughout the world. For additional information or to refer a student and become involved, please visit www.hchc.edu or call us at (617) 731-3500.