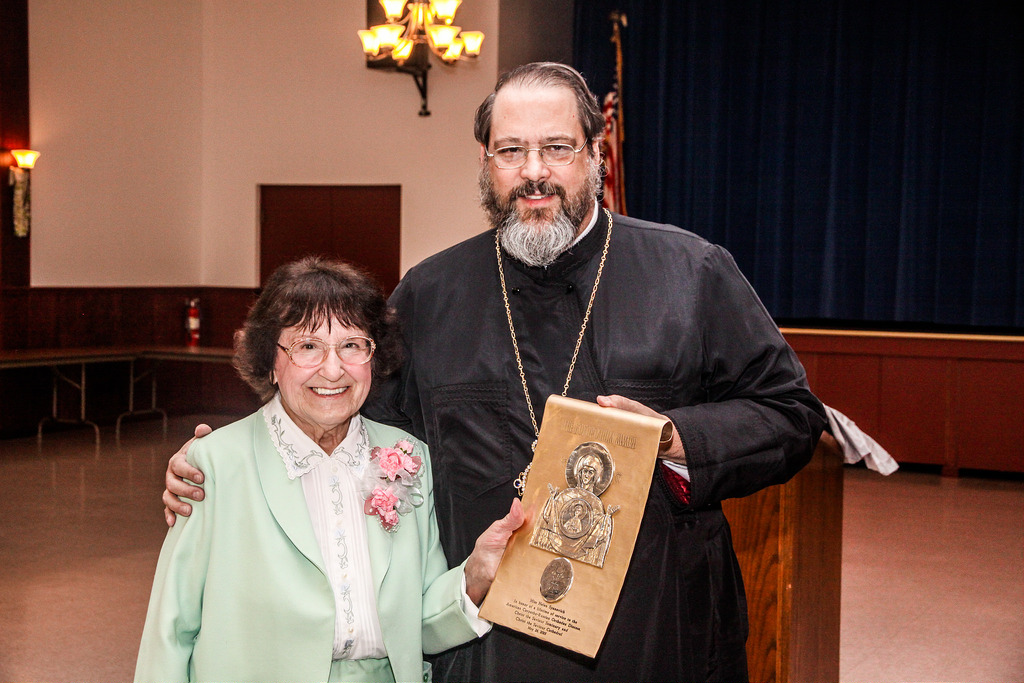 JOHNSTOWN, PA –  The Diocesan Chancery is saddened to announce that Helen Spanovich,  long-time former choir director of  Christ the Saviour Cathedral and Instructor of  Music at Christ The Saviour Seminary reposed in the Lord on Monday,  March 6, 2017.

Helen taught liturgical music and voice at Christ the Saviour Seminary from 1960 until  her repose, musically mentoring a total of 124 priests! She also produced three seminary recordings during that time. 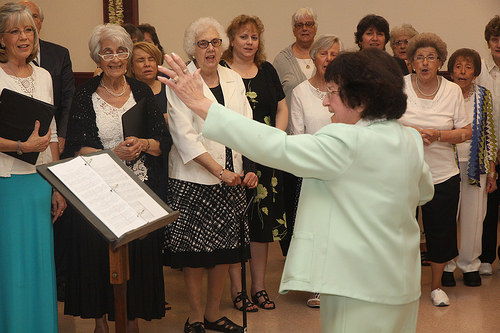 Helen directed the Cathedral Choir for the visits of three Patriarchs, of them two Ecumenical Patriarchs of Constantinople. She led the liturgical music for the ordination and enthronement of two bishops, together with uncountable historical events that have taken place in the Cathedral since she began directing there in 1972. She published two books of musical renditions of Carpatho-Russian Plain chant which she transposed into 4-part harmony, including the Lenten Pre-sanctified Liturgy, Liturgy of St. John Chrysostom, the Eight Tones, and the Feastday tropars and kondaks for the ecclesiastical year. When singing from her Cathedral choir books, hymn after hymn can be seen notated “H.S.” – these are her own transpositions. Among other accomplishments she also presented numerous concerts, and led combined choirs at major Diocesan and Pan-Orthodox events.

In recognition of her dedication to provide quality sacred music for the Orthodox Church, His Eminence, the late Metropolitan Philip of the Antiochian Orthodox Christian Archdiocese presented her with the Antiochian Silver Medal of Merit in 1985.  Helen was also  the recipient of the 2015 “Arts and Letters” Award given 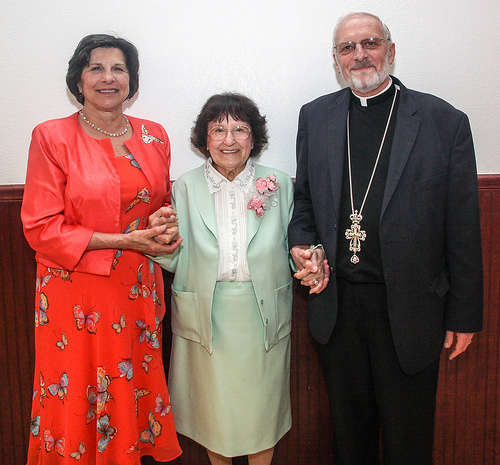 as a “Tribute to Women” by the Y.W.C.A. of the Greater Johnstown area.  In May of 2015, during a testimonial dinner on her retirement as director of Christ The Saviour Cathedral Choir,  she was presented by Bishop Gregory with the coveted diocesan “Bohorodica Award”.  Helen was only the 11th recipient of this prestigious award since its institution in 1982.

The Funeral Service will be sung on Saturday March 11, 2016 at  10:00 am in Christ the Saviour Cathedral.  Calling hours will be at Moskal-Reid Funeral Home, 79 J Street, Johnstown on Friday, March 10th from 2-8 PM, where a Panachida will be served at 5 PM.

May Almighty God rest the soul of his newly departed handmaiden Helen in the Mansions of the Just, where there is neither sickness, pain or sorrow, but life-everlasting.  May Her Memory Be Eternal!