The Hellenic College Holy Cross community gathered recently to mark the 25th anniversary of the enthronement of His All-Holiness Ecumenical Patriarch Bartholomew. The afternoon program began with stirring selections of sacred and folk music by the St. Romanos the Melodist Byzantine Choir, conducted by Dr. Grammenos Karanos, Assistant Professor of Byzantine Liturgical Music. Dr. James Skedros, Dean of Holy Cross, then introduced Rev. Dr. Thomas FitzGerald, Professor of Church History and Historical Theology at Holy Cross, who offered personal reflections on Patriarch Bartholomew’s “25 Years of Leadership for the Church and the World.” 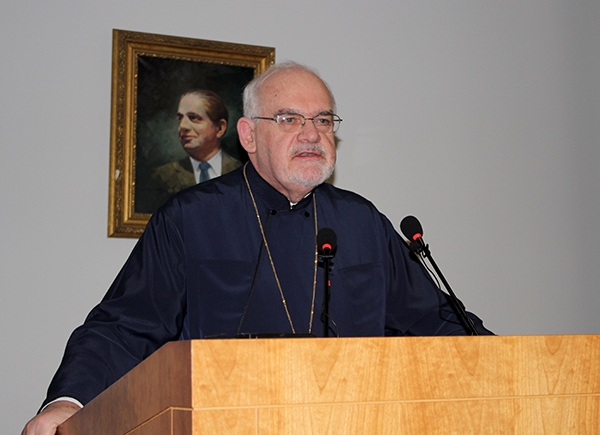 Fr. FitzGerald and his wife, Dr. Kyriaki Fitzgerald, have known His All-Holiness well for more than 35 years and witnessed his enthronement in Constantinople. Fr. FitzGerald recalled that the new Patriarch made a point to greet every single one of the hundreds of people present that day. Hallmarks of his tenure as Ecumenical Patriarch—among the longest in the Church’s history—have been “a strong faith and a global vision,” and, despite his rise to the pinnacle of the Church’s hierarchy, “he’s always a pastor.” Fr. FitzGerald stressed that, for His All-Holiness, “reality is more important than image” in his unwavering commitment to four particular concerns: Orthodox conciliarity and witness, the visible unity of the Christian Churches, contemporary social issues, and care for the environment. To those who have criticized his attention to the last two areas, Patriarch Bartholomew has responded, “There has never been a greater need than there is now for spiritual leaders to engage in the affairs of the world.” 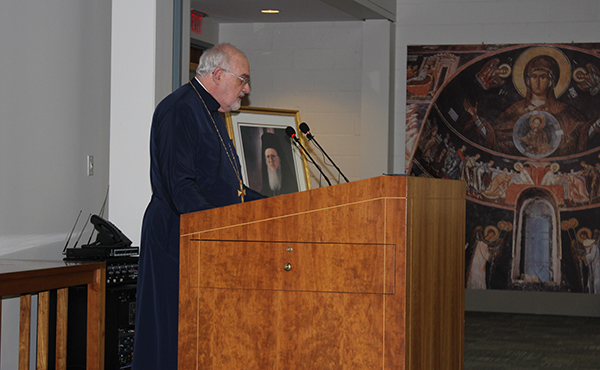 Dr. Lewis Patsavos, Professor of Canon Law, Emeritus, has known His All-Holiness even longer than the FitzGeralds, having met him in 1964 in Rome, where both were young scholars doing graduate work. They soon became fast friends and have remained so for over half a century. Dr. Patsavos related several amusing anecdotes about their early shared experiences, to which the Patriarch still refers warmly when they meet. Like Fr. FitzGerald, Dr. Patsavos stressed that the man he first knew as a young Archimandrite has always manifested “simplicity, empathy, and humor” unaffected by his position. 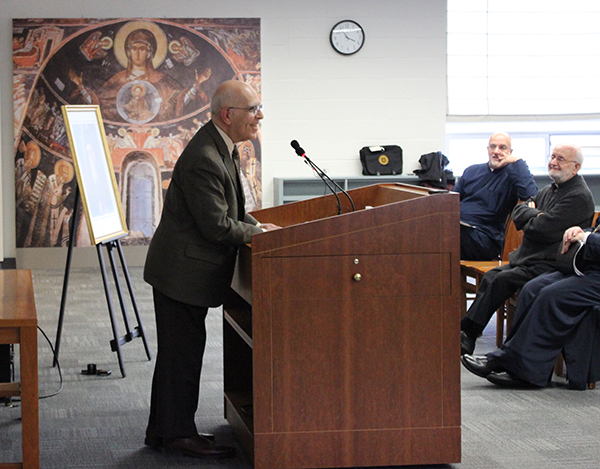 The final speaker of the afternoon was Dr. Timothy Patitsas, Assistant Professor of Ethics at Holy Cross, who for the last decade has led St. Helen’s Pilgrimage, a summer study-abroad program for Holy Cross students which usually includes a week at the Phanar. Dr. Patitsas reminded the audience, as he reminds the students, that Patriarch Bartholomew “has spent the entirety of his existence as a member of a persecuted minority in Turkey” and so serves as a great inspiration for all Orthodox Christians not only because of his position but because of the life he has lived. 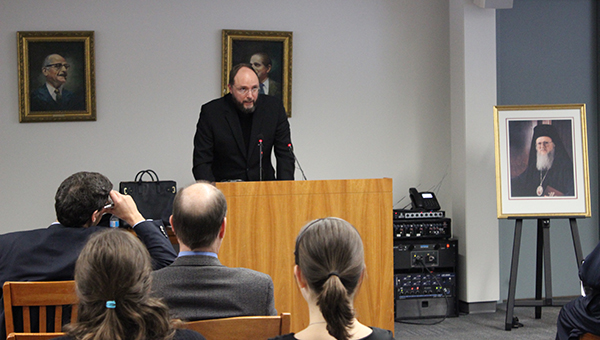 Echoing the ancient acclamation chanted by the choir, we humbly ask God to grant His All-Holiness many years. Eis polla eti, Despota!