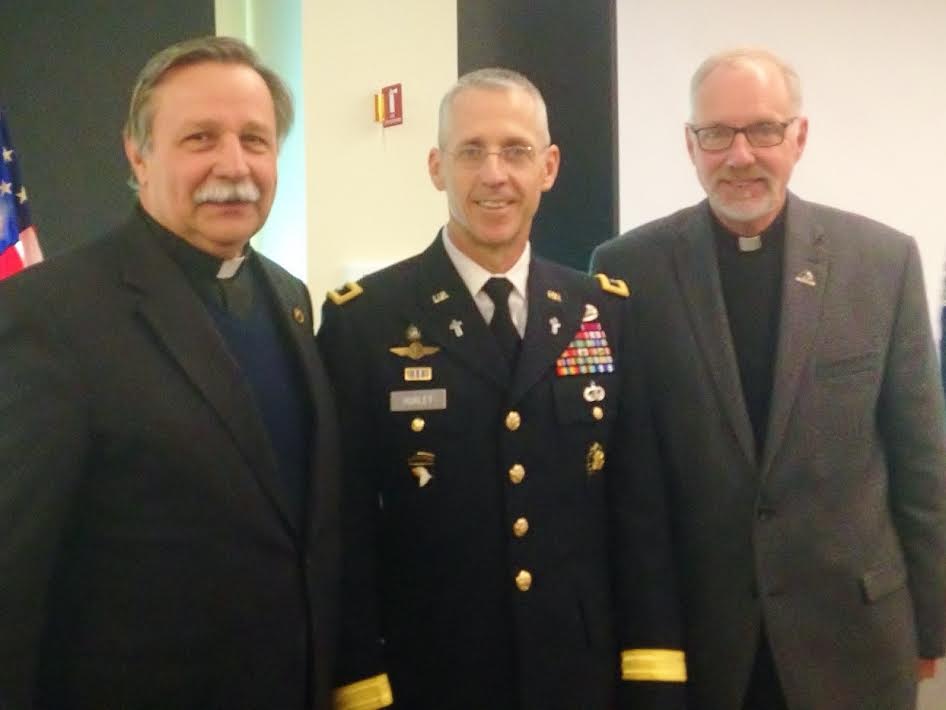 Archpriest Theodore Boback, Jr., Dean and Executive Director of Orthodox Military and VA Chaplains and Archpriest John J. Gallick, Deputy Director and Assistant Dean, represented the Orthodox Church in America at the annual meetings of the National Conference on Ministry to the Armed Forces [NCMAF], the Endorsers Conference for Veterans Affairs Chaplaincy [ECVAC] and the Armed Forces Chaplains Board January 9-13, 2017.

According to Father Theodore, the theme of the conference was “Emerging Trends: Serving on the Cutting Edge”.  Among the many topics considered by participants were ECVAC’s emerging role in supporting VA ministry, evolving trends in the American religious landscape, the future of education, caring for caregivers, opportunities in the Bureau of Prisons, and analytics measuring present and future trends.  Attendees also participated in a variety of workshops expanding on the conference theme.

A highlight of the conference was a presentation by Dr. Dick Stenbakken, a retired US Army Chaplain, whose theme was “guiding the future and remembering the past”.

“Dr. Stenbakken offered a first-person narrative on the chaplain who had ministered to those awaiting the Nurnberg Trials,” said Father Theodore.  “His presentation was dynamic and well-received and should be considered by others for future presentation.”

“We ask that the faithful remember in their prayers our military and VA chaplains and their families,” Father Theodore added.

Those interested in serving in the military or VA chaplaincies are invited to write to .(JavaScript must be enabled to view this email address) for additional information.