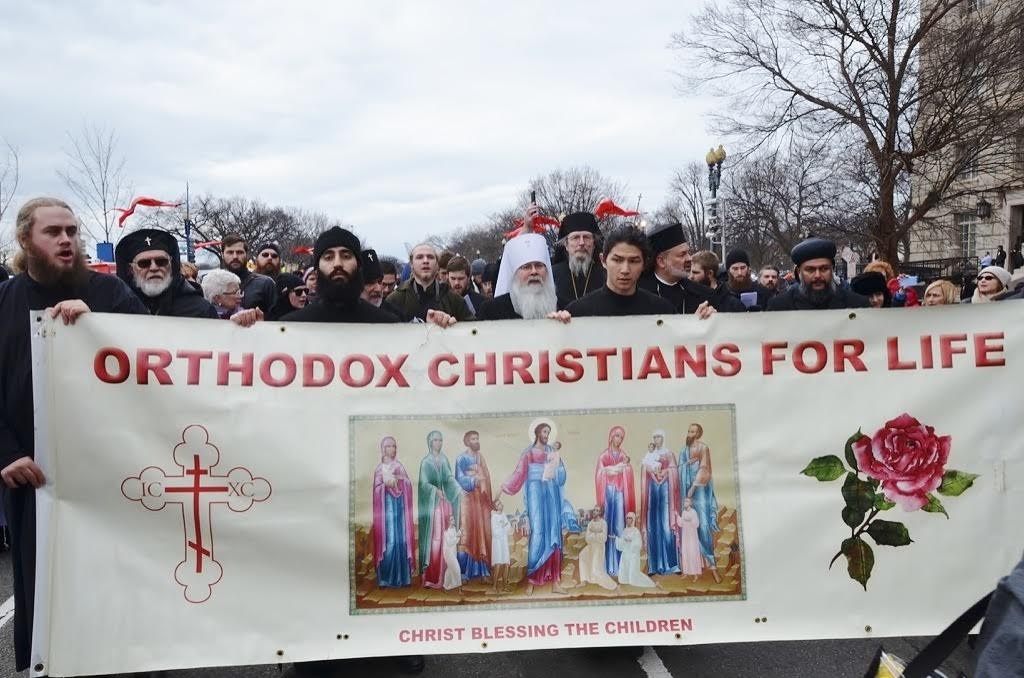 The Orthodox Church was well represented at the 44th annual March for Life in the nation’s capital on Friday, February 27, 2017.  The theme of this year’s March was “The Power of One.”

His Beatitude, Metropolitan Tikhon joined several other Orthodox Christian hierarchs and a large number of clergy, seminarians, and faithful at the annual gathering, during which they witnessed to God’s gift of life and the need to speak out on behalf of the unborn. 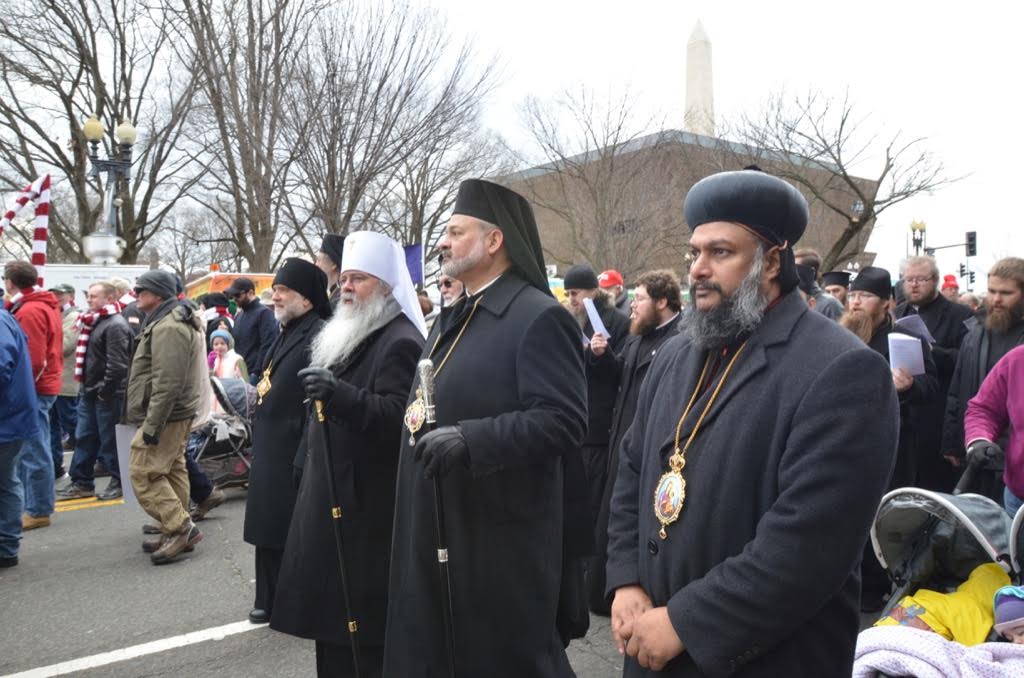 On Thursday evening, February 26, Metropolitan Tikhon joined His Eminence, Archbishop Melchisedek; His Eminence, Archbishop Nathaniel; His Grace, Bishop Dimitrios of the Greek Orthodox Metropolis of Chicago; and His Grace, Bishop John of Brooklyn of the Antiochian Orthodox Christian Archdiocese of North America at the Vigil celebrated at the National Shrine of the Immaculate Conception, which was filled to capacity.  Representatives of the Oriental Orthodox Church also were present. 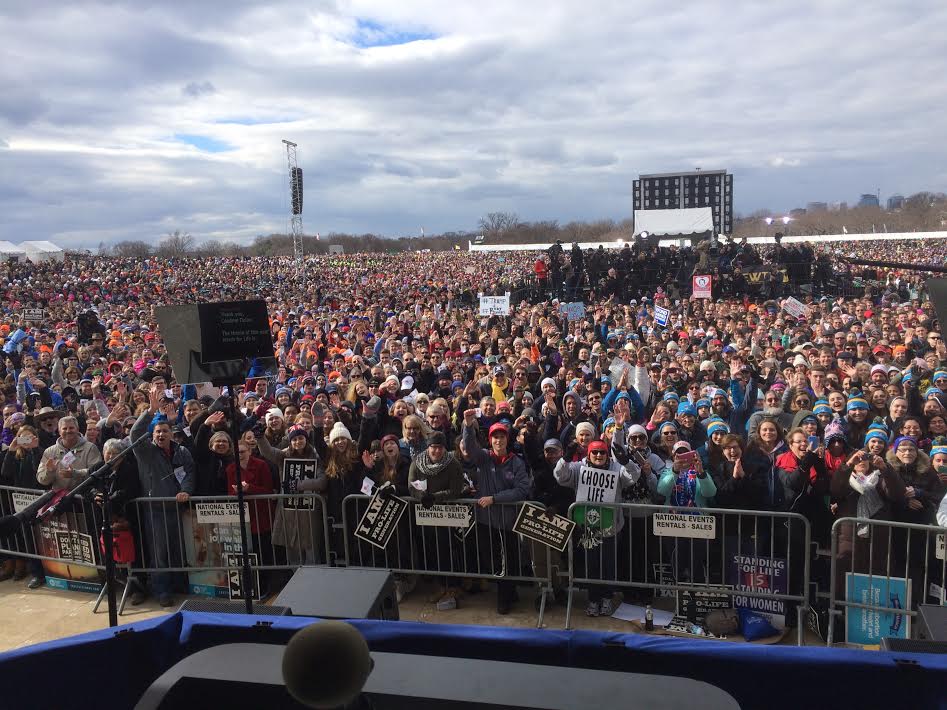 Prior to Friday’s pre-March program in the shadow of the Washington Monument, Metropolitan Tikhon was interviewed by the Eternal Word Television Network.  After noting that Orthodox Christianity has always had a presence at the March—adding that this year marked his 12th year of participation—he stated that “the Orthodox Church is a prayerful Church.  Our Lord, Jesus Christ calls us to purify ourselves and strive for holiness.”  This, however, challenges us to speak out, proclaiming that life is indeed a gift from God.  “Life is not just biological existence, but a manifestation of the life of God Himself.” 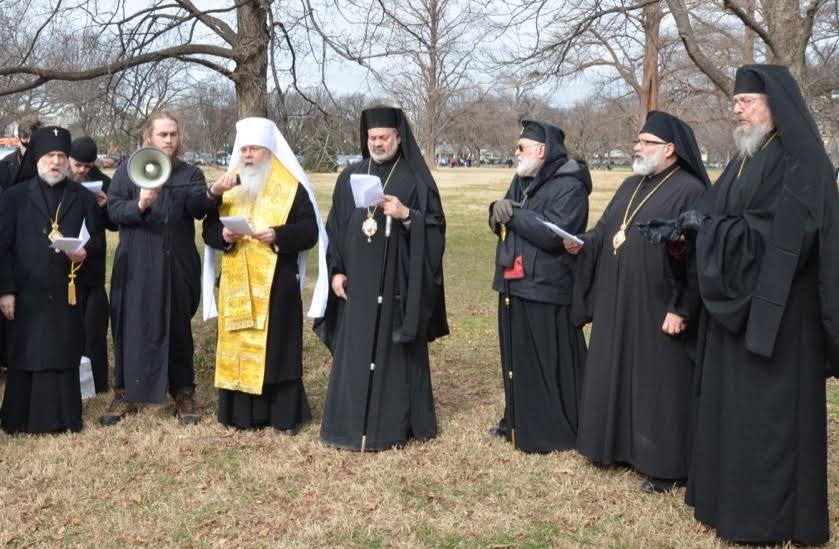 Continuing by explaining that Orthodox Christianity “places heavy emphasis on the eternal life given to us by God, ” Metropolitan Tikhon observed that the March provides an opportunity to join with others—including the many young people present—in sharing a “message of hope for the world.”  He also spoke of the cooperative efforts by the Orthodox, the Oriental Orthodox and the Roman Catholics with regard to their “common witness” in “demonstrating a common understanding” of God’s gift of life.

After the pre-March program and speeches, Metropolitan Tikhon celebrated a Service of Prayer for the victims of abortion on the site of the pre-March program.  His Eminence, Archbishop Michael joined the hierarchs, clergy, seminarians and faculty members, and many faithful at the service, who then marched together behind the iconic “Orthodox Christians for Life” banner. 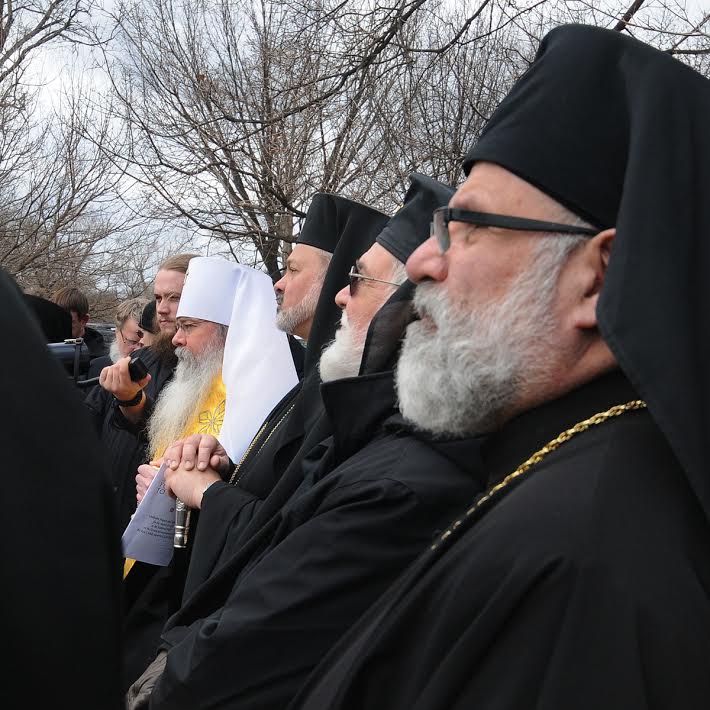 Metropolitan Tikhon also offered the invocation at the annual Rose Banquet, at which he was joined by the other hierarchs, members of the Orthodox Church in America’s Central Administration, representatives of Saint Vladimir’s Seminary and Saint Tikhon’s Seminary, and many others.

A photo gallery is now available on the OCA web site and Facebook page.  Additional information will be posted as it becomes available.