Orthodox Christians prepare for Friday’s March for Life in DC

Orthodox Christians prepare for Friday’s March for Life in DC 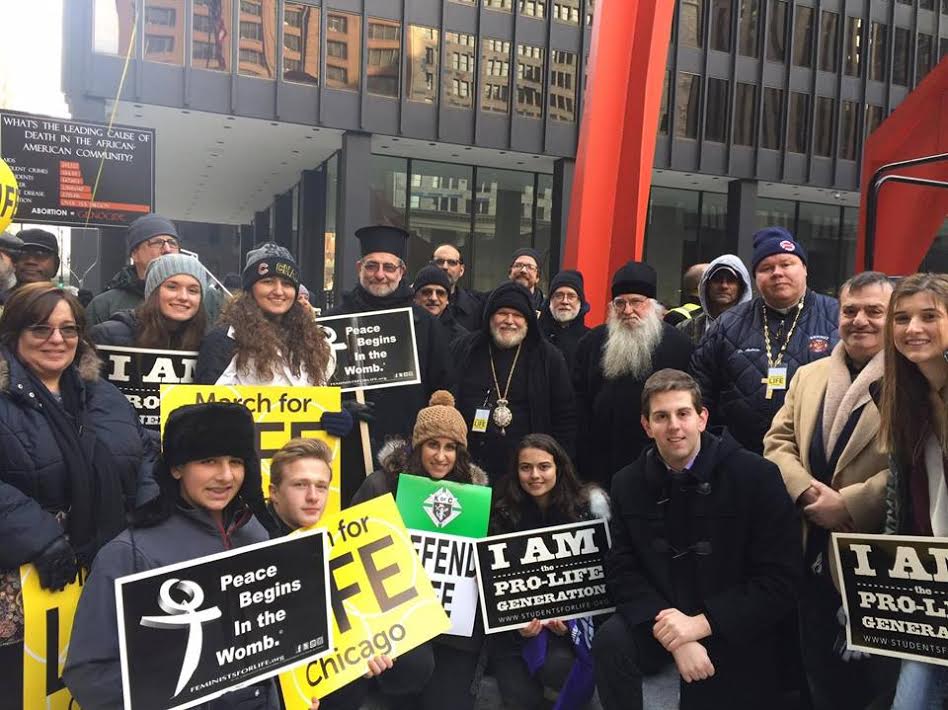 Bishop Paul with some of the Orthodox Christian marchers at Chicago’s March for Life on January 15, 2017.

With the conclusion of festivities marking the inauguration of President Donald Trump, the US capital is being readied for the influx of hundreds of thousands of marchers at the annual March for Life tomorrow—January 27, 2017.

As in years past, His Beatitude, Metropolitan Tikhon will join other Orthodox Christian hierarchs, seminarians, clergy and faithful from around the country in the annual March, for which this year’s theme is “The Power of One.”

The March will begin at noon on the grounds of the Washington Monument.  Orthodox Christian participants are asked to gather at the “Orthodox Christians for Life” banner, which will be prominently displayed on 15th Street North West and Constitution Avenue.  Metropolitan Tikhon and other hierarchs will be present on the stage for the opening prayers and pre-March speeches.  A prayer service for the victims of abortion will be celebrated after the speeches rather than at the end of the March, as previously announced.

Metropolitan Tikhon also will offer the benediction at the annual Rose Banquet on the evening of the March.

The March will cap off two weeks of similar gatherings across the country.

On Sunday, January 15, His Grace, Bishop Paul delivered the opening prayer at Chicago’s fourth annual March for Life, which drew an estimated 10,000 participants from across the Midwest—the largest representation ever.

“Gathering together in a peaceful way to give voice and raise awareness to the sorrowful effects of abortion and its legalization is very important,” said Priest Andrew Bartek, Rector of Saint Panteleimon Church [OCA], Summit, IL, and a member of the March For Life-Chicago board.  “This is the mission of March For Life-Chicago, and it is a mission the Orthodox Church can support.  This year definitely was the most successful March in terms of the number of people.  People from Iowa, Minnesota, Michigan, Indiana, Missouri, Ohio and of course Illinois were there.”