Orthodox Christian Fellowship (OCF) Board Of Directors Announces Expansion Or Its Board, Continued Growth Of Its Ministry To College Students, and National Search For Executive Director

Home/Jurisdictions/Orthodox Christian Fellowship (OCF) Board Of Directors Announces Expansion Or Its Board, Continued Growth Of Its Ministry To College Students, and National Search For Executive Director
Previous Next

Orthodox Christian Fellowship (OCF) Board Of Directors Announces Expansion Or Its Board, Continued Growth Of Its Ministry To College Students, and National Search For Executive Director 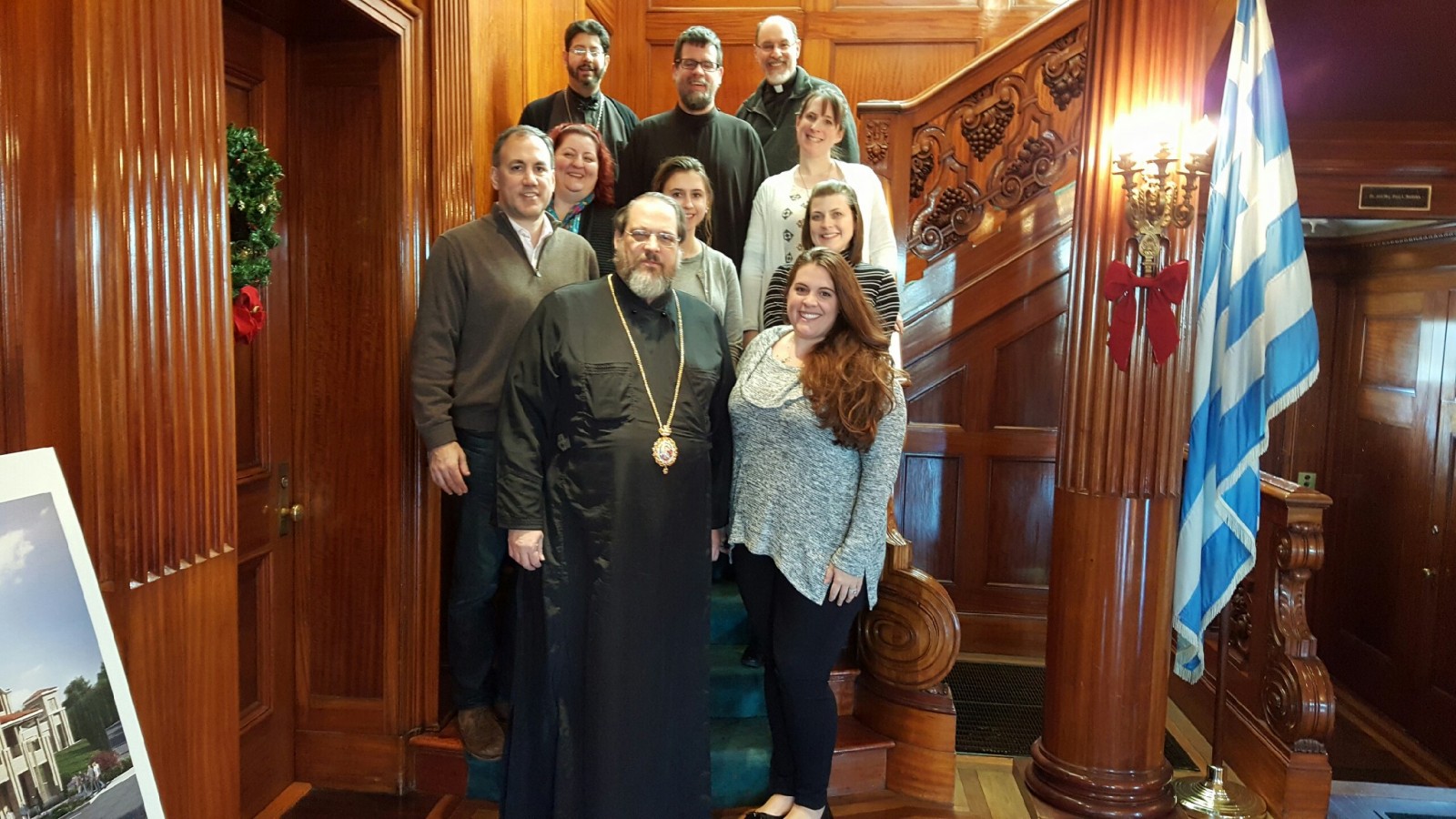 BROOKLINE, MA — Following its annual meeting, the Board of Directors of Orthodox Christian Fellowship (OCF) has announced that it will begin its search for an Executive Director. The process for identifying and screening potential candidates is projected to begin in early February 2017, and details regarding the process and its progress will be made available through OCF’s website (www.ocf.net).

OCF is an agency of the Assembly of Canonical Orthodox Bishops of the United States and serves as the official campus ministry for the twelve (12) Orthodox Christian jurisdictions that the Assembly represents. Its mission is to transform the lives of college students in the United States and Canada by guiding them along the path to Jesus Christ through His Church, cultivating a campus community of worship, witness, service, fellowship, and education.

Led by His Grace Bishop Gregory of Nyssa, the Assembly Episcopal Liaison to OCF, and James P. Gianakis, serving as Chairman, the OCF Board of Directors gathered on the campus of Hellenic College Holy Cross School of Theology to reflect on the past year’s successes, to affirm the ministry’s commitment to Orthodox Christian college students across the country, and to shape the direction of its various international, national, regional and local programs.

In addition to hiring an Executive Director in 2017, OCF committed to expanding its Board of Directors with a decision to extend invitations to twelve (12) identified candidates and appointed Fr. Miles Zdinak, a current Board Member and the jurisdictional representative for the American Carpatho-Russian Diocese of the USA, to serve as OCF’s National Chaplain and to work with a network of regional, district, and local chaplains serving OCF and its college students across the country.

During the two-day meetings, staff members, Donna Levas and Christina Andresen, and Student Leadership Board President, Emma Solak, presented their respective reports on behalf of the ministry, which highlighted:

• 379 active and emerging OCF chapters on campuses throughout the United States;
• Almost 400 student participants at OCF’s annual College Conferences held at East, Midwest and Westlocations;
• Over 70 student participants on OCF’s annual Real Break pilgrimage and mission trips to eight areas of need in Europe and the United States;
• Over 35 regional and district retreats across the country;
• OCF’s First Forty Days Initiative, which connects incoming freshmen with an OCF chapter and local Orthodox Christian chaplain and/or parish during a student’s first 40 days on campus;
• OCF’s National Day of Prayer, which coordinates 24 hours of continuous prayer across campuses on the first day of Great Lent;
• College Student Sunday, which coordinates the recognition of college students in parishes across thecountry each October;
• Monthly podcasts, weekly blogs, daily social media posts, an OCF Smartphone app; and
• A database of over 2,500 recent graduates as OCF looks to develop an alumni and career mentoring professional network.

Fr. Christopher Metropulos, the President of Hellenic College Holy Cross, also met with the OCF Board to offer his greetings, to reaffirm his support of OCF and its work, and to explore hosting an OCF regional retreat at the campus in 2017 for Orthodox Christian students in the Boston area.

Indeed, the meetings proved to be highly productive, setting forth clear goals for the coming year and exciting initiatives to further strengthen OCF in its mission to serve Orthodox Christian students throughout the United States and Canada.

OCF encourages you to learn more and to support the ongoing work of this vital ministry by visiting its website  or emailing the OCF national office (info@ocf.net).