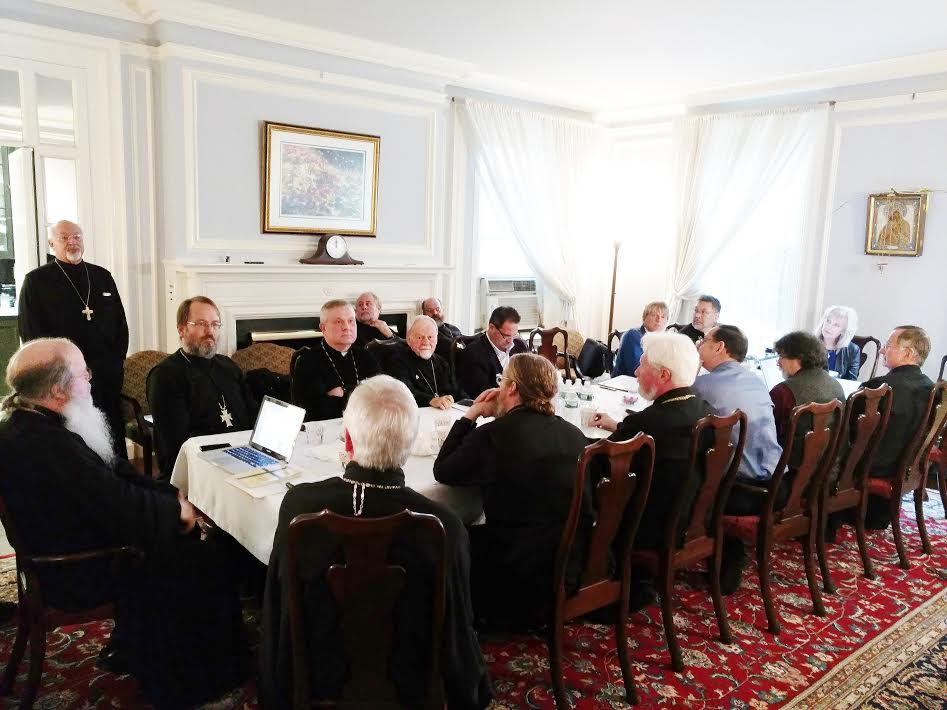 Chancellors and treasurers representing the Orthodox Church in America’s dioceses held their annual gathering at the Chancery on Tuesday, January 24, 2017.

His Beatitude, Metropolitan Tikhon opened the meeting by addressing the participants, who had earlier attended the Divine Liturgy, celebrated by Archpriest John Jillions, OCA Chancellor, in Saint Sergius of Radonezh Chapel.

Father Jillions and Priest Nathan Preston, Administrator of the Department of Pastoral Life, led a discussion on Clergy Compensation Guidelines and the Clergy Peer Group project, being piloted in the Diocese of Philadelphia and Eastern Pennsylvania.

Archpriest Eric G. Tosi, OCA Secretary, reviewed the new on-line 2017 diocesan form for statistical information and also updated the group on a variety of matters associated with the 19th All-American Council, slated to convene in Saint Louis, MO in July 2018. 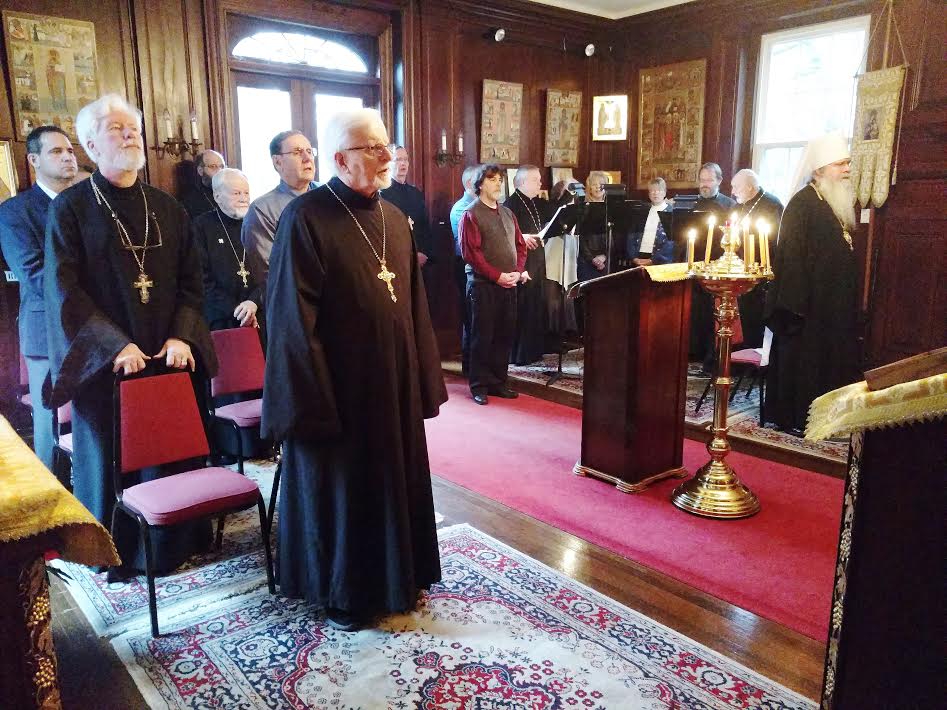 Turning their attention to financial matters, the chancellors and treasurers reviewed proportional giving by diocese for 2016 versus the original projections, as this was the first year in which the new funding method was used.  Actual results were very close to the projections.  Diocesan representatives then shared how their respective dioceses are handling the transition.  It was noted that many dioceses have already transitioned to proportional giving or are working towards a transition within the next two years.  Participants also discussed the possibility of establishing assessments for the 19th All-American Council on a proportional basis, not unlike that employed for the annual OCA funding, and began looking at the level of funding that will form the basis for a resolution at that Council.

The chancellors and treasurers agreed that a major benefit of their meetings is the practical exchange of ideas and the ability to benefit from work accomplished by other dioceses in their transition to proportional giving.

The meeting concluded with words of gratitude from Metropolitan Tikhon. 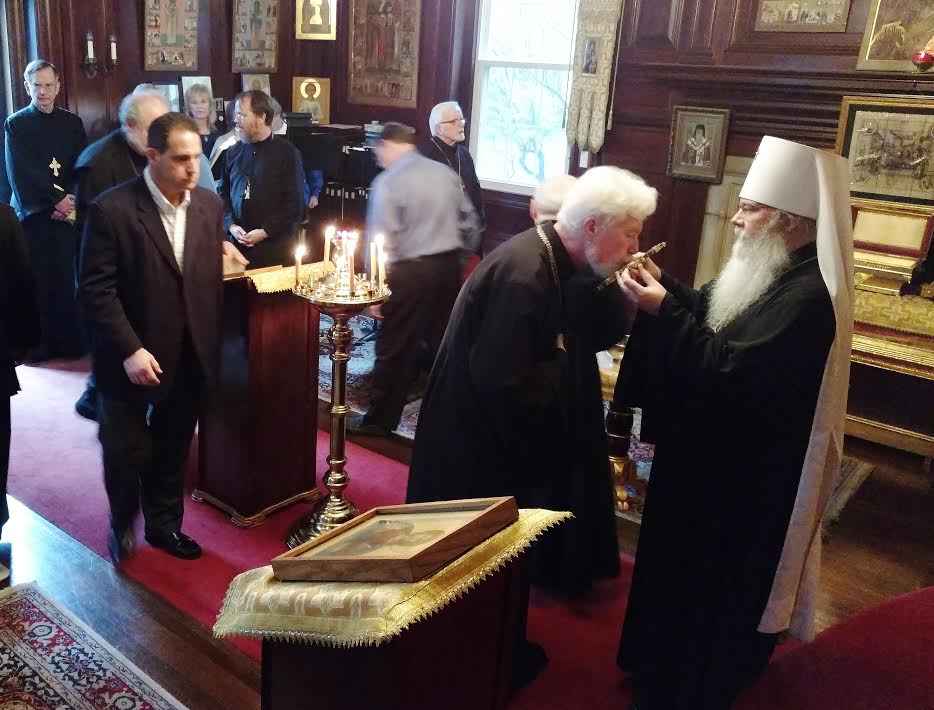 Metropolitan Tikhon personally greets participants as they venerate the Cross.