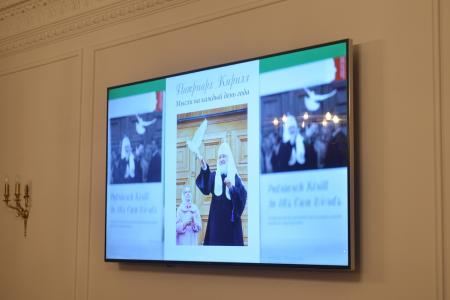 In mid-January 2017, Archpriest Chad Hatfield, seminary president, and Deacon Gregory Hatrak, director of Marketing and Operations at SVS Press, traveled to Moscow, Russia, to formally present a recently released press title, Patriarch Kirill in His Own Words, to several honored guests, in the presence of local media. The book, a collection of writings by His Holiness Kirill, primate of the Russian Orthodox Church, was first presented to the Russian patriarch on the occasion of his 70th birthday, November 20, 2016, at a Jubilee, which Fr. Chad also attended.

The book is the first co-publication between SVS Press and the Ss. Cyril & Methodius Institute for Post-Graduate Studies (CMI), and it was formally presented at the Institute on January 13, in both Russian and English-language versions. The volume contains carefully selected fragments of sermons, articles, reports, speeches, books, and interviews by Patriarch Kirill, spanning more than 35 years of pastoral ministry and theological creativity, from 1980 to 2016. It is formatted as a daily reader spanning one calendar year. 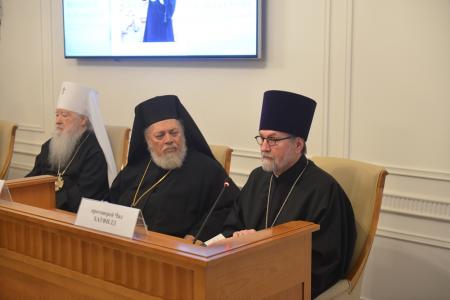 “This book is yet another gift from Russia, a new tool for evangelism,” said Fr. Chad, who edits SVS Press’s Orthodox Profile Series, of which the book is part. “And, it has become quite popular among readers both in the U.S. and in Russia.”

His Eminence Hilarion (Alfeyev), metropolitan of Volokalamsk and head of the CMI Chair of External Relations, similarly remarks in the volume’s preface, “The book includes vivid quotes from the main personal missionary project of Patriarch Kirill, that is, the author’s TV program ‘The Word Shepherd’ which, for more than 20 years, is regularly published on the premier channel of Russian television. Through this program, a lot of people, after decades of state atheism, first heard of the faith, and made their first steps towards God.”

During his stay in Russia, Fr. Chad was also invited by Metropolitan Hilarion to make remarks at the annual Gaidar Forum, held at the Russian Presidential Academy of National Economy and Public Administration in Moscow. He participated in a forum discussion on January 13, titled, “Religious and Ethnic-Cultural Diversity: Development, Stability, Security.” 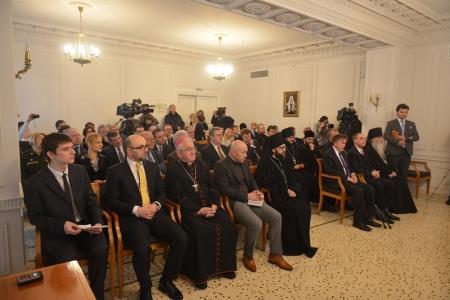 “St. Vladimir’s Seminary,” noted Fr. Chad, “is beginning to plan a performance of the same musical work at a West Coast U.S. venue in 2017.

“Further,” he stated, “St. Vladimir’s Seminary has begun to lay initial plans for a Moscow-St. Petersburg tour for friends and supporters, and information on proposed dates for that pilgrimage will be made public soon.”

Order Patriarch Kirill in His Own Words here. 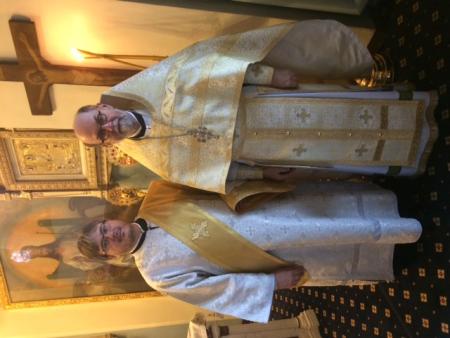