The Feast of the Circumcision:&nbsp; A Blessed New Year!

Home/Jurisdictions/The Feast of the Circumcision:&nbsp; A Blessed New Year!
Previous Next

The Feast of the Circumcision:&nbsp; A Blessed New Year! 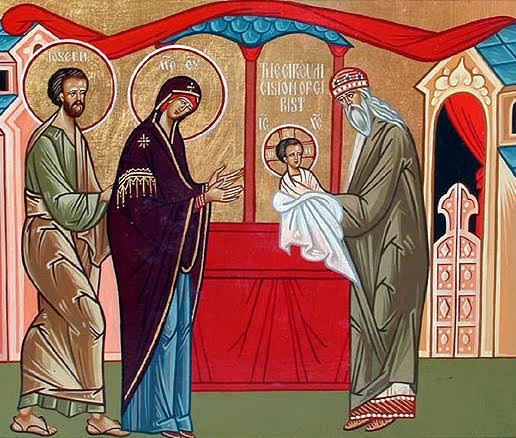 While January 1 marks the beginning of the civil new year—and we wish every blessing of the season to our readers—it also marks the Feast of the Circumcision of our Lord, Jesus Christ.

On the eighth day after His Nativity, our Lord Jesus Christ was circumcised in accordance with the Old Testament Law.  All male infants underwent circumcision as a sign of God’s Covenant with the holy Forefather Abraham and his descendants [Genesis 17:10-14, Leviticus 12:3].

After this ritual, the Divine Infant was given the name Jesus, as the Archangel Gabriel declared on the day of the Annunciation to the Most Holy Theotokos [Luke 1:31-33, 2:21].  The Fathers of the Church explain that the Lord, the Creator of the Law, underwent circumcision in order to give people an example of how faithfully the divine ordinances ought to be fulfilled.  The Lord was circumcised so that later no one would doubt that He had truly assumed human flesh, and that His Incarnation was not merely an illusion, as certain heretics had taught.

In the New Testament, the ritual of circumcision gave way to the Mystery of Baptism, which it prefigured [Colossians 2:11-12].  Accounts of the Feast of the Circumcision of the Lord continue in the Eastern Church right up through the fourth century.  The Canon of the Feast was written by Saint Stephen of the Saint Sava Monastery.

In addition to circumcision, which the Lord accepted as a sign of God’s Covenant with mankind, He also received the Name Jesus [Savior] on the eighth day after His Nativity as an indication of His service, the work of the salvation of the world [Matthew 1:21; Mark 9:38-39, 16:17; Luke 10:17; Acts 3:6, 16; Philippians 2:9-10].  These two events—the Lord’s Circumcision and Naming—remind Christians that they have entered into a New Covenant with God and “are circumcised with a circumcision made without hands, in putting off the body of the sins of the flesh by the circumcision of Christ” [Colossians 2:11].  The very name “Christian” is a sign of mankind’s entrance into a New Covenant with God.