Home/Jurisdictions/Planting Grant Missions:&nbsp; A Missouri “Mission in Transition”
Previous Next 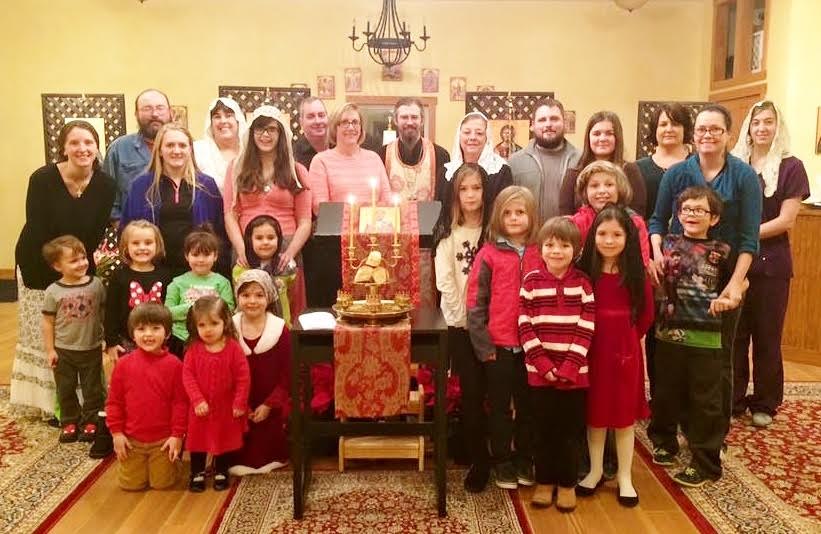 “The timing of the Planting Grant for our community is a mercy of God that will allow us to more fully offer our time and energy—ourselves—to the life of the Church here,” said Priest Joel Wilson of the Annunciation of the Virgin Mary Mission, Saint James, MO.  “It will enable us to be present with a single purpose.”

Father Joel, who during his years at Saint Tikhon’s Seminary had been given “a unique perspective on evangelization” while pursuing a summer internship in an Oklahoma mission, discerned the call to plant a mission in an area with little or no Orthodox Christian presence.

“Having come from a small parish myself, and having participated in the life of a vibrant mission prior to seminary, that summer was all it took to solidify the desire to plant a mission within my and my wife’s hearts,” Father Joel explained.  “Though the desire was there, I was personally conflicted.  The fact that ‘you cannot give what you do not have’ was ingrained within us while at seminary….  But in the Scriptures we are told that in our weakness, God’s strength is made perfect.”

After ordination to the diaconate, Father Joel was given a blessing to plant a mission in Rolla, MO in June 2012 as a mission outreach of Saint Thomas the Apostle Church, Springfield, MO—some two hours away.

“Participating in the missionary effort, they offered to host us for up to two years to allow us to evangelize the community in Rolla and establish a mission,” Father Joel explained.  “Though our only source of income was what little work came in through my web design business, we worked to publicized the mission effort online, in newspapers, and by word of mouth.  By the end of 2012, we were introduced to a few Orthodox families who had resided in the Rolla-Saint James area for quite some time, and they encouraged us to begin services as soon as possible.”

And so, in February, 2013, the first Divine Liturgy at what is today Annunciation Mission was celebrated, after which Deacon Joel and his fledgling flock began to celebrate Typika on Saturdays at a Knights of Columbus hall, which was offered free of charge.  The community began to grow and, with the blessing of His Grace, Bishop Alexander, it was named in honor of the Annunciation. 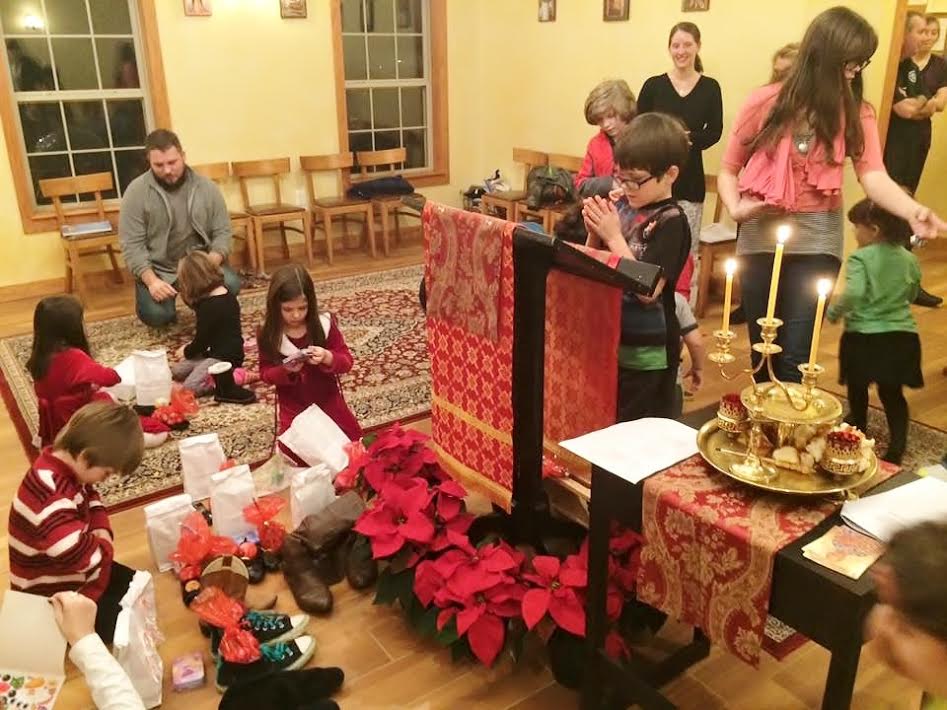 “More than ready to get away from the weekly set up and tear down for services that was required at the Knights of Columbus hall, one of our families, who owned part of an office building, donated space to the mission to be used as a chapel,” Father Joel said.  “We moved into the new space in November 2013, just before I was ordained to the priesthood and assigned to be in charge of the new mission the following month.  The only problem was that we were still not living in Rolla yet, and we still had no real financial means to move.”

After his ordination, Father Joel began celebrating Great Vespers and the Divine Liturgy every weekend and on major feast days.  More people began attending the services, and by the beginning of 2014, the mission already had added its first family to the ranks of the catechumenate.

“In March 2014, after having had three properties slip through our fingers, we found a property in Saint James that we really liked and quickly made an offer on it,” said Father Joel.  “It too seemed like it had slipped through our fingers when we were told someone else had outbid us.  But shortly thereafter, we received a call saying the other offer had fallen through!”

On April 30, 2014, after successfully raising $28,000.00 for a down payment within roughly 30 days, the property was purchased.  It included the house, a separate outbuilding large enough to serve as a chapel for the growing community, and the five acres of land it all sits on—enough space to build a permanent temple when the time comes.

“Once we were settled into our new home, we began holding weekday Vespers and Liturgy on Wednesday evenings and Thursday mornings,” Father Joel added.  “We also began renovations on the outbuilding to convert it into our new and larger chapel space.  By the end of 2014, we had eight catechumens and had celebrated over 100 liturgies, laying a solid foundation for whatever God was yet to bring.”

In January 2015, the mission’s first group of catechumens—a family of seven—was received into the Church.

“Since moving into the new space, there became an increasing personal desire to really ‘get to work’ in the mission,” Father Joel observed.  “With a good-sized group of people, a dedicated space, and all the ‘stuff’ of a church community, everything was in place.  This led to an increasing tension between the vocation of being a priest and the paying job of being a web designer.  Initially, I thought I could do both of them well if I could just find the right balance, but over the three years we’ve been at it, I’ve discovered that both the vocation and the job demand full attention if either are to be successful.”

Receiving an OCA Church Planting Grant for 2017 will make it possible for Father Joel to devote his full energies to “growing” Annunciation Mission. 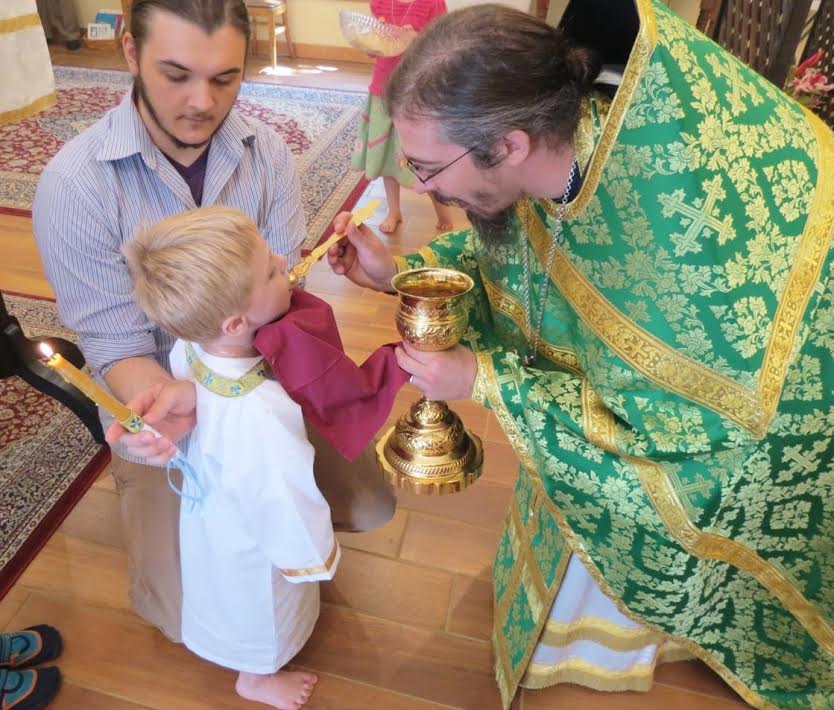 “Though we have had several members of the mission move elsewhere, it has been wonderful to see how God has increasingly brought new people—the catechumenate has yet to be empty!” said Father Joel.  “It has also been beautiful to see the community begin to take shape lately, and it has been humbling to be ministered to by their desire for Christ.  They are welcoming newcomers, sharing the Faith, understanding the importance of the sacramental life, and looking for ways to participate in the ministry of building up the Church here.”

The Planting Grant, as Father Joel concluded, “will help our community continue to mature in an organic and Apostolic way by being assisted both spiritually and materially by the larger and already established Body.”

“Planting Grant missions receive a substantial grant—$24,000.00 for the first year, $20,000.00 for the second year, and $16,000.00 for the third year—matched by the missions, in order to support the full-time ministries and missionary work of their priests,” explained Priest John Parker, who chairs the OCA’s Department of Evangelization.