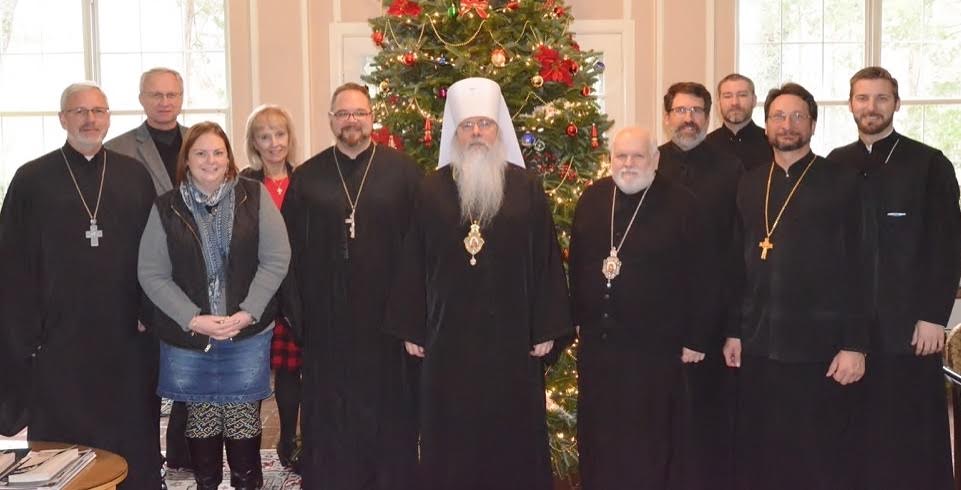 The first meeting of the Preconciliar Commission, tasked with organizing the 19th All-American Council [AAC] in Saint Louis, MO July 23-27, 2018, was held at the Chancery here during the second week of December 2016.

According to Father Tosi, Commission members reviewed the AAC planning process and tasks completed to date.

“There was a review of the critical and mandated dates for the Council, while an action plan was discussed to ensure all deadlines are met,” he said.  “An in-depth review of the delegate survey conducted after the 18th AAC in Atlanta will enable Commission members to utilize responses in the planning of the 19th AAC.”

A preliminary budget and financing proposal were presented, along with a review of logistical needs and procedures for registration, certification, credentials and reports. 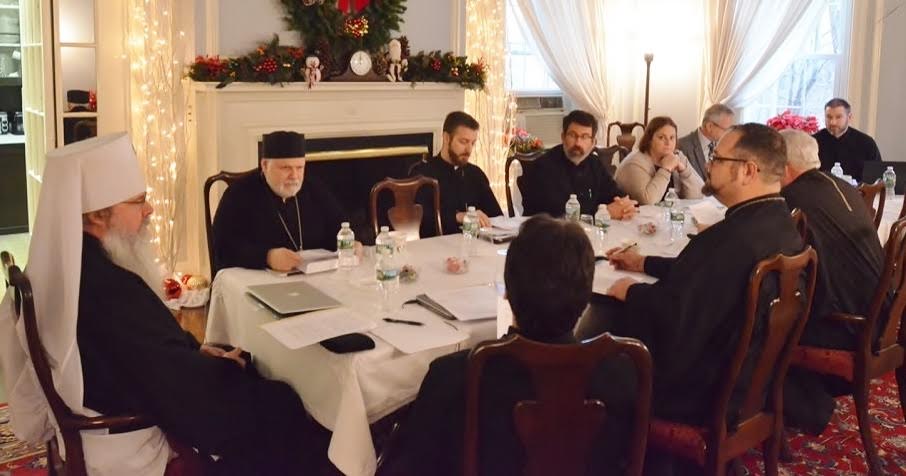 The Fellowship of Orthodox Christians in America [FOCA] will be holding its annual convention in conjunction with the AAC, as had occurred in Atlanta.  There will be a youth program at the AAC, and plans were considered with regard to the integration of both activities with the operation of the AAC.

“The bulk of the two-day meeting was devoted to discussing the theme, major agenda items, possible speakers, and a preliminary overall AAC agenda,” Father Tosi added.  “A comprehensive plan was developed for presentation to the Metropolitan Council and the Holy Synod of Bishops for approval at their respective Spring 2017 meetings.”

During the week of December 11, Father Tosi and Deacon Ilchuk will travel to Saint Louis and Kansas City to meet with local committee chairs, representatives of the Kansas City Deanery, and hotel personnel.

Additional information will be posted as it becomes available.