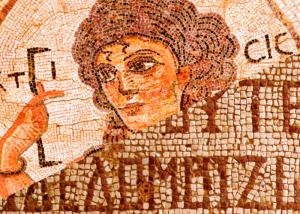 St. Vladimir’s Orthodox Theological Seminary and the Orthodox Christian Studies Center of Fordham University have issued a call for papers for an international conference that will explore research, practices, and creativity regarding the nexus between sound and the sacred. The conference, entitled, “Arvo Pärt: Sounding the Sacred,” will be held from May 1–4, 2017, at McNally Amphitheater, 140 W. 62nd St., at Fordham’s Lincoln Center Campus in the heart of New York City’s vibrant music scene.

The conference—a continuation of the Seminary’s Arvo Pärt Project (APP)—is also the second in a series of events planned between Fall 2016 and Spring 2018 by St. Vladimir’s Seminary, all of which are a part of its Sacred Arts Initiative (SAI) funded in part by a grant from the Henry Luce Foundation. Peter C. Bouteneff, professor of Systematic Theology at the Seminary and director of the SAI, is also co-director of the APP.

The conference will bring together scholars from diverse fields, such as music, theology, sacred acoustics/sound studies, architecture, religious studies, and philosophy, as well as artists experienced in the performance and recording of Arvo Pärt’s music. Musical performances, presentations, and discussion sessions will be interwoven throughout the conference.

The conference will be open to the general public to register, and registration details/fees are forthcoming through the SAI website. A separately ticketed concert to go along with the conference is being planned.

The SAI website further explains the intent of the conference, noting: “The music of Estonian composer Arvo Pärt is frequently connected with experiences of the sacred, and, although the composer’s religious affiliation is specifically Orthodox Christian, his music and its impact carry an appeal beyond confessional and religious boundaries—crossing over customary distinctions between classical and popular music, sacred and secular art, and liturgical space and concert hall.

“The unique impact of Pärt’s music has been explored from the discipline of musicology—and more recently through the lens of spirituality— but not yet in terms of the more basic elements of sound and embodiment.

“Through our proposed two-fold approach with more or less direct relationship to the Pärt repertoire, we seek to break new ground exploring primary questions around how music achieves its visceral and spiritual effect on human beings through the materiality of the movement of air impressing itself on the human body”—that is, sound.

Papers of ~2,000 words, exploring the connection between sound and the sacred are welcomed. Proposals of 500 words (maximum) may be emailed to Dr. Bouteneff at mailto:pcb@svots.edu by January 15, 2017. Papers accepted for delivery at the conference will also be reviewed for inclusion in the publication of its proceedings.