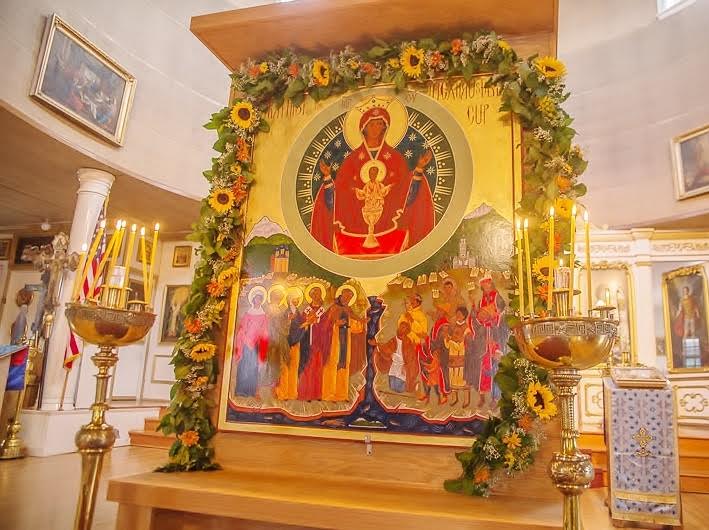 At the beginning of November 2016, a copy of the beloved Icon of the Theotokos “The Inexhaustible Chalice” was enshrined in the city’s historic Archangel Michael Cathedral.  The icon, painted in the state of Washington, is a copy of the original which was discovered in a Moscow suburb in 1878.  Since that time, the icon has been especially revered by people struggling with serious addictions.

Unique to the icon is the depiction of Christ, Who extends His hands in blessing as if emerging from a chalice.  According to His Grace, Bishop David of Sitka and Alaska, the icon will provide comfort to many who “suffer today from various addictive behaviors and compulsions.”  The theological concept inspiring the icon is rooted in the belief that human souls are born “hungry and thirsty” for God. 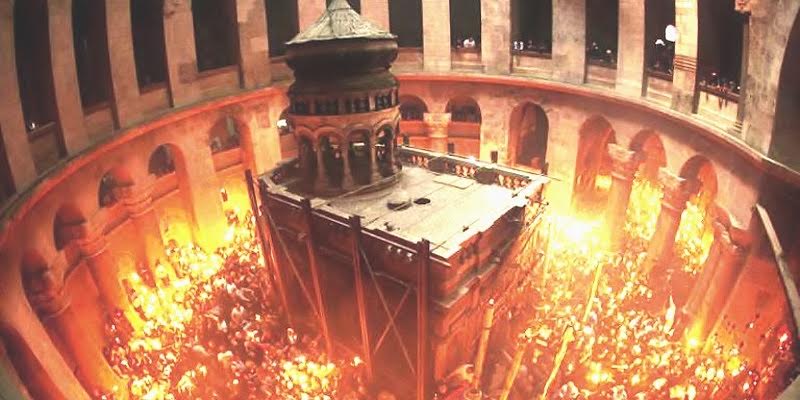 The Holy Sepulchre, site of Christ’s burial, in Jerusalem.

His Eminence, Archbishop Michael of New York and New Jersey, will lead a pilgrimage to the Holy Land June 4-17, 2017.  The itinerary includes visits to multiple sites, including Jerusalem, the Holy Sepulchre, the Garden of Gethsemane, Mount Zion, Capernaum, Nazareth, Bethlehem, and Mar Sabba, with an optional trip to Petra in Jordan.

“It is my joy to be able to lead this inaugural pilgrimage to the Holy Land,” said Archbishop Michael.  “As an Archbishop and as a Professor of New Testament at Saint Tikhon’s Seminary, I cannot overstate the value of the living connection between the Scriptures and the Holy Sites where our Lord took flesh, grew up, was tempted; where He taught, where He healed; where He was crucified and where He arose from the dead.  We will walk on those paths, we will stand in those hallowed sites, we will sit in those holy places, we will pray where He prayed, as we trace the Lord’s ministry in the Holy Land.”

The pilgrimage is being organized by Archpriest Ilya Gotlinsky, Rector of the Dormition of the Virgin Mary Church, Binghamton, NY.

Space is limited, so early registration is recommended.  Detailed information and registration materials are available on the web site of the Diocese of New York and New Jersey. 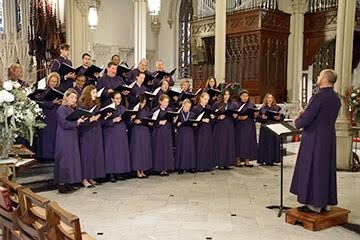 On Sunday, October 23, 2016, a concert featuring the Spirit of Orthodoxy Choir, the Choir of Saint Sava Serbian Orthodox Cathedral and the Choirs of the Cathedral of the Incarnation was held for the benefit of Saint Sava’s, which was destroyed by fire on Holy Pascha 2016.

Garden City’s Cathedral of the Incarnation hosted the event, which featured choral works with texts common to both eastern and western Christianity, in musical settings commonly used in the respective churches.  Among those attending the concert were His Eminence, Archbishop Michael of New York and New Jersey; Bishop Lawrence Provenzano of the Episopal Diocese of Long Island; Archpriest Zivojin Jakovljevic, Dean of Saint Sava’s Cathedral; and many clergy and faithful of both traditions.

“Talk of a joint concert between the two choirs began over a year ago, with great enthusiasm on both sides,” said Matushka Doreen Bartholomew of the Spirit of Orthodoxy Choir.  “The fire that destroyed Saint Sava’s offered an added urgency to the planning as both choral ensembles wished to do something concrete to help the people of Saint Sava’s during this challenging time.”

With over 100 participants, the Orthodox Christian Association of Medicine, Psychology and Religion’s [OCAMPR] annual conference at Hellenic College/Holy Cross Greek Orthodox School of Theology November 3-5, 2016, attracted participants from across the US, Canada, Greece and the Republic of Georgia.

His Grace, Bishop Alexander of Dallas, the South and the Bulgarian Diocese, delivered the keynote address.

The conference theme—“On Pain and Suffering”—was explored in a series of 27 separate presentations by an outstanding group of presenters.  Videos and audios of the presentations are available on Ancient Faith Radio and on its YouTube channel.

OCAMPR’s 2017 conference will be held at the Ukrainian Orthodox Church Cultural Center, South Bound Brook, NJ, November 2-4, 2016.  Its theme will be “Resiliency: Body, Mind and Spirit.”  The conference is designed to foster interdisciplinary dialogue and to promote Orthodox Christian fellowship among healing professionals and caregivers in the broad fields of medicine, psychology and religion.

Through its religion grant making programs, the Lilly Endowment, an Indianapolis-based, private philanthropic foundation, seeks to deepen and enrich the lives of American Christians. It does this largely through initiatives to enhance and sustain the quality of ministry in American congregations and parishes.  To this end, the Foundation’s National Clergy Renewal Program provides an opportunity for pastors to step away briefly from the persistent obligations of daily parish life and to engage in a period of renewal and reflection.  Renewal periods are not vacations, but times for intentional exploration and reflection, for drinking again from God’s life-giving waters, for regaining enthusiasm and creativity for ministry.  The program is administered by the Center for Pastoral Excellence at Christian Theological Seminary.

Clergy and parishes of the Orthodox Church in America interested in pursuing a grant will find details and application materials for the 2017 program available on-line.