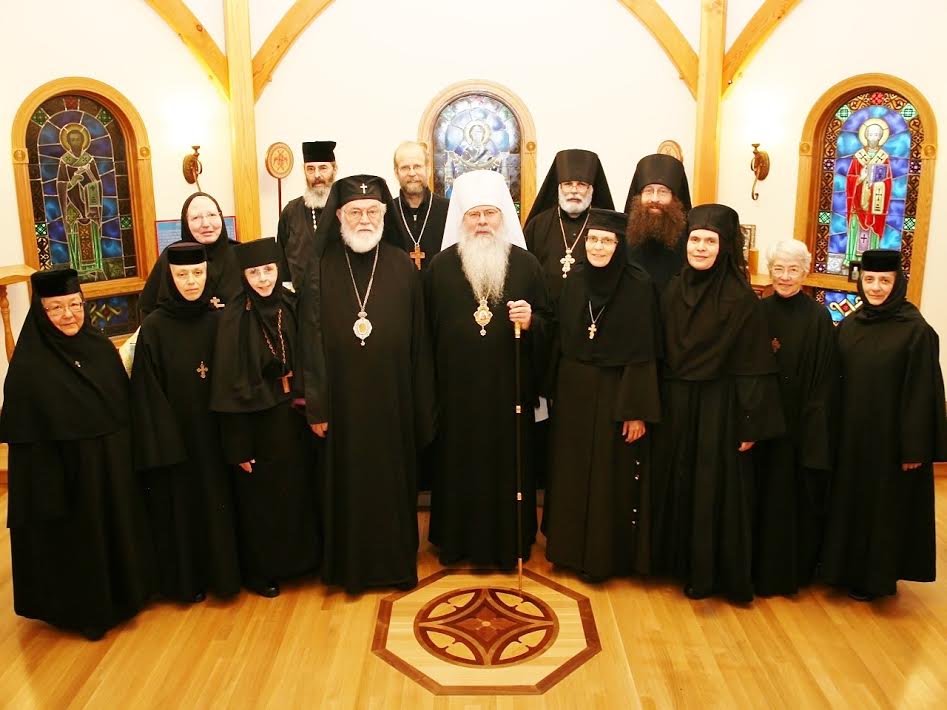 With the blessing of their diocesan bishops, superiors of monasteries of the Orthodox Church in America gathered at the Monastery of the Holy Transfiguration here October 25-27, 2016 for their third annual Synaxis for the purpose of strengthening monastic life in the OCA while providing a forum for the superiors to meet and share their respective communities’ joys and challenges.

The Synaxis opened with the celebration of the Vigil and Divine Liturgy for the feast of the Great Marty Demetrius.  His Beatitude, Metropolitan Tikhon, who oversees the stavropegial monasteries, and His Eminence, Archbishop Nathaniel, in whose diocese the Monastery of the Transfiguration is located, were present for this year’s meeting. 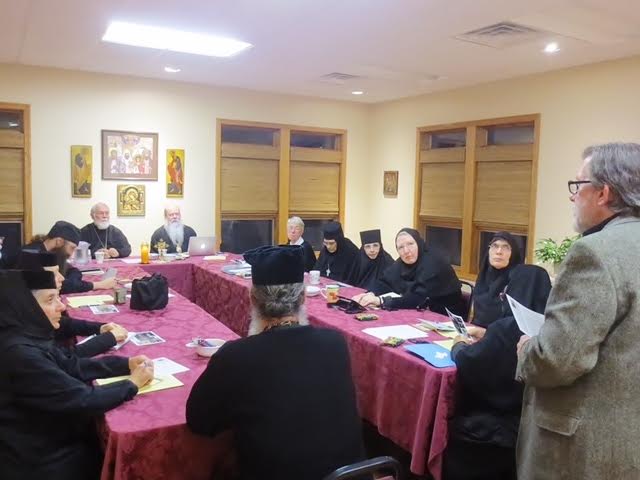 The OCA counts some 25 men’s and women’s monastic communities in the US, Canada and Mexico, twelve of which were represented by their superiors, including 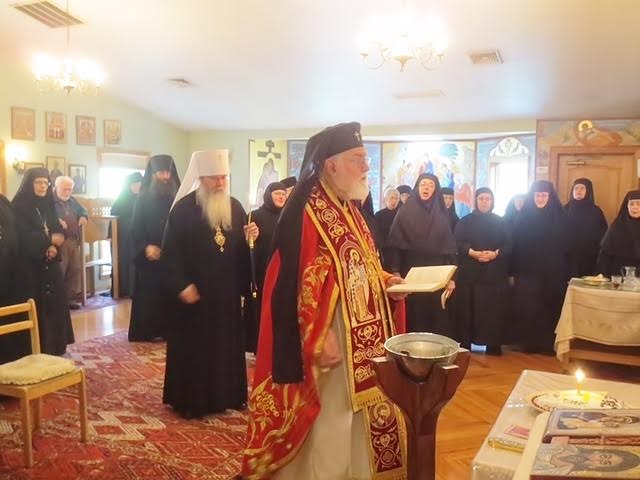 In three days of wide-ranging discussions, the superiors addressed several issues central to monastic life.  One session was devoted to an in-depth discussion of Metropolitan Tikhon’s proposed Guiding Framework, with its focus on the four pillars—the spiritual life, stewardship, evangelism and outreach and external relations.  Particular attention was given to the spiritual life, with each superior sharing the many ways in which their monasteries nurture their internal spiritual life and provide witness and encouragement for pilgrims, visitors and their local community.  Another session was devoted to a discussion of modern technology and its impact within the monasteries and on society as a whole.

On Wednesday evening, Ralph Sidway introduced the North American Thebaid photographic project that will document the life of monastic communities in North America.  On Thursday, Metropolitan Tikhon and Archbishop Nathaniel met separately with the superiors of the male and female communities to discuss issues that uniquely affect them.

At the conclusion of the Synaxis, the superiors reaffirmed the statement they had issued at their first gathering, which reads as follows. 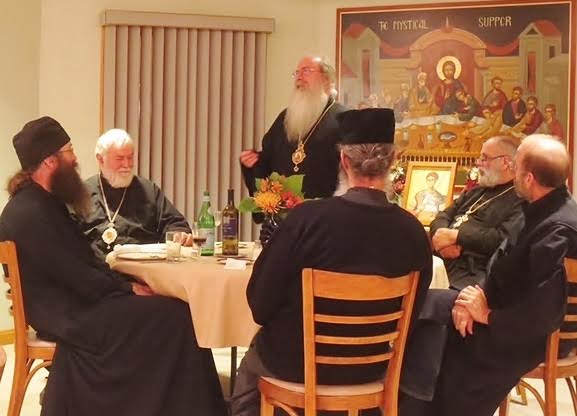 “As the Synaxis of abbots and abbesses, we were grateful to be together for these days and rejoiced at our intuitive sharing with each other in the church services, at meals and in conversations about our common monastic life.  While recognizing our shared challenges, especially in forming monasticism in North America, we can affirm the general health of monasteries in the OCA.  We are committed

The superiors were grateful for this opportunity to meet and pray together and agreed that such meetings would be helpful on a yearly basis.  The next Synaxis will take place October 24-26, 2017 at a location yet to be determined.