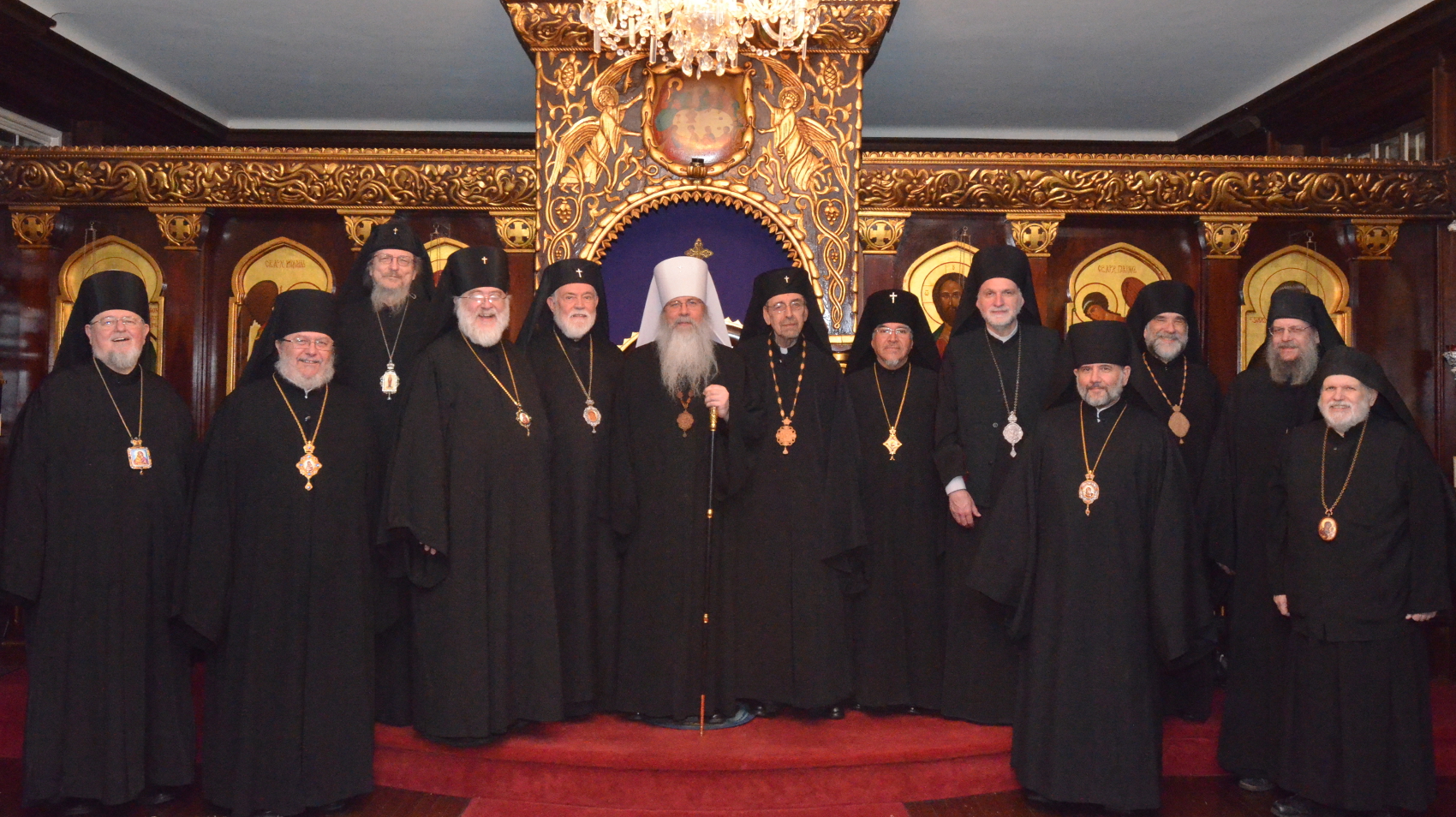 The Holy Synod of Bishops of the Orthodox Church in America concluded its Fall Session at the Chancery here on Friday, October 21, 2016.  His Beatitude, Metropolitan Tikhon, presided at the sessions.

His Beatitude, Metropolitan Tikhon, delivered his opening address on Tuesday morning, October 18.  He reported that he continues his work on the “four pillars” of Church life.  He requested the members of the Standing Synod to assist him in articulating a long-term vision for the Orthodox Church in America, to include a comprehensive systematic study of clergy retirement, the ability of parishes to provide full-time clergy compensation, declining membership, and related matters.

The reports of the OCA’s Officers — Archpriest John Jillions, Chancellor; Archpriest Eric G. Tosi, Secretary; and Melanie Ringa, Treasurer — were received.  The positive financial status of the OCA was noted.  The 2017 budget was approved.  The Holy Synod directed Ms. Ringa to initiate budgetary planning for the 50th Anniversary of the glorification of Saint Herman of Alaska and the 50th Anniversary of the OCA’s Autocephaly, slated to be celebrated in 2020.