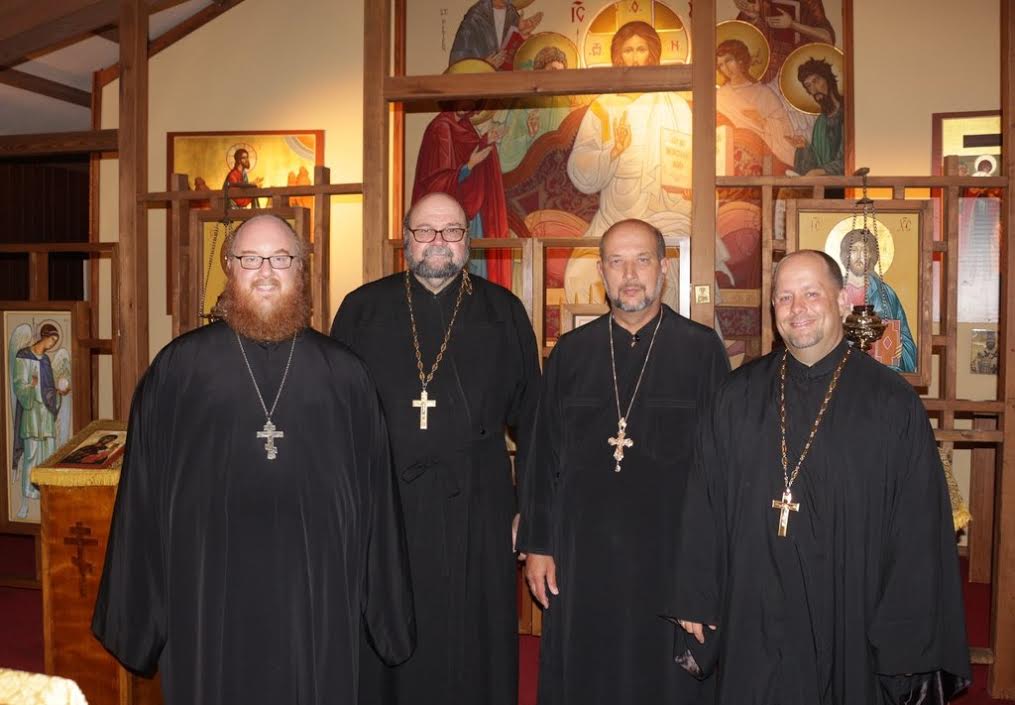 Students and alumni of Saint Tikhon’s Orthodox Theological Seminary here gathered on campus for a joint retreat—hailed as the most positive, successful seminarian-alumni gathering in recent memory—on September 1 and 2, 2016. The retreat afforded students the opportunity to meet those who had been trained at Saint Tikhon’s and now serve as stewards of Christ’s vineyard while providing a context in which both groups could grow together in fellowship and self-reflection.

On Thursday afternoon, September 1, Priest Andrew Stephen Damick, Pastor of Saint Paul Antiochian Orthodox Church, Emmaus, PA [STOTS 2007], opened the retreat with a presentation titled “The Priest and Parish as Family,” in which he encouraged those assembled to consider how their own parish communities operate under the same dynamics as families. In a follow-up session with Archpriest Steven Voytovich, STOTS Dean, seminarians and alumni briefly separated into small groups to consider how their own personal family experiences might shape parish ministry. Reflections from each group were shared with all participants. In the evening, the alumni treated the seminarians and their families to a delicious barbeque dinner.

Seminarians and alumni at lecture.

Archimandrite Sergius, Abbot of Saint Tikhon’s Monastery [STOTS 2005], delivered a powerful talk the next day in which he outlined the three stages of spiritual life as taught by Archimandrite Zacharias Zacharou in his work, Remember Thy First Love. Archimandrite Sergius offered encouragement that the difficulties we frequently experience are the “testing of your faith [that] produces patience” [James 1:3], and that it is by this patient endurance that we gain the salvation of our souls [Luke 21:19].

The final event of the retreat was unique in that second and third-year seminarians were present at the alumni business meeting as official alumni for the first time. While there were many thoughts, feelings and deep emotions expressed at this meeting concerning the importance of the work of Saint Tikhon’s Seminary, perhaps the theme that stood out most prominently was that the student body and the gathered alumni may learn from each other and that both are dependent in one way or another.  While it is clear that the seminarians may be guided and taught by those currently serving in parish ministry, the clergy also expressed their conviction that they may learn from the seminarians and be inspired by their zeal and vision for the Church.  Christ is our source of life and renewal, and as branches of the True Vine, we abide in Him and grow together.