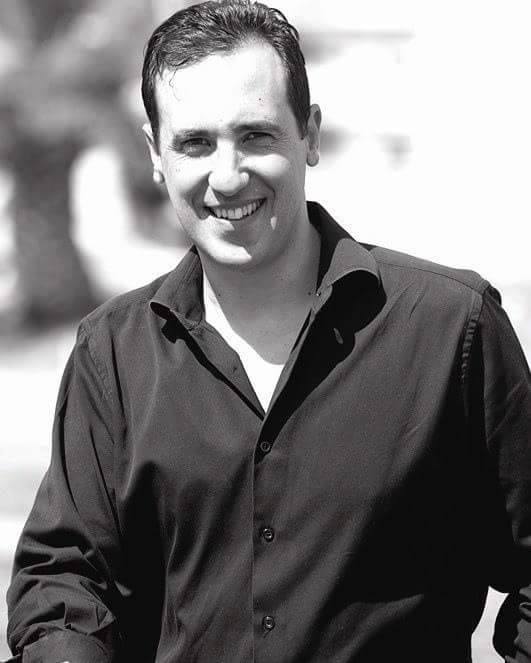 Mr. Lalezas will present a lecture/performance on Greek traditional music styles covering the entire mainland (Thrace, Macedonia, and Epirus to the Peloponnese) as well as the Cyclades, Asia Minor, and early rebetiko.  He will be joined by Berklee College of Music Professor Lefteris Kordis on accordion and keyboard.

All are encouraged to come early and attend this truly special event!

Described by George Dalaras as “perhaps the best [Greek] vocalist I have encountered in the recent years. His voice stands next to the old legends such as Mitsos Arapakis, Antonis Dalgas, Giorgos Papasideris, Georgia Mitaki, and Hronis Aidonidis. I encourage you all to keep an eye on him, embrace him, and love him.” Greek folk vocalist Panayotis Lalezas has earned the title of the master of the vast repertoire of mainland and island Greek folk music.

He was born in ancient Corinth and from an early age was initiated in singing by his father. He learned by ear from gramophone records by Papasideris, Roukounas, Eskenazy, and Kazantzidis. He also mastered the craft of the “amane” style in Smyrneiko, rebetiko, and laiko (music of the people).  Meanwhile, he conducted research and documentation of traditional local folk songs. At the age of nine, he recorded his first album, which helped him to receive wide recognition with appearances on major TV and radio programs, as well as awards and first places in competitions.

At age eleven, Panayotis started to perform as a leader professionally in folk dances (panigyria) and other major festivals in Greece and abroad. Gradually, his repertoire expanded reaching the entire folk repertoire from all regions of Greece. He studied voice and Byzantine music at the famous Simon Karras music school and also laouto, clarinet, and oud.

Panayotis Lalezas has served as a professor at the Epirus Institute of Technology, where he taught Greek folk vocal styles both in classes and in private lessons.

He has recorded 40 albums as a leader and 38 as a guest/sideman. He has collaborated with the most prominent musicians of the folk idiom, such as clarinetists Vasilopoulos, Filippidis, Kapsalis, violinist Yorgos Koros, and vocalists Tasia Verra, Sofia Kolitiri, Domna Samiou, Hronis Aidonidis, George Dalaras, Eleni Vitali, and Glykeria.

In the year 2000 he worked with composer Nikos Mamankakis recording the works “Grant Oratorio for Greeks” and “Freedom Fighters,” which were presented at the Athens Concert Hall and the Petra Theater.  In 2003 he participated in the production of the album “SMYRNE” of the Estoudiadina orchestra, singing the vocally challenging Smyrneiko “Manes of the Goodnight.” The album went platinum and received the prestigious “Arion” award.

In 2012 Panayotis created the “Workshop of Greek Folk Music” in his hometown, where he teaches Greek folk vocal styles and traditional instruments to young students. Today, his workshop is hosted at the Simon Karras music school, at the Lykeion Ellinidon of Kiato, and the Greek Orthodox Archdiocese of Greece.

His future projects include the production of a series of records with lost or unknown folk songs from his personal archive, a result of his research and documentation. His goal is to help with the preservation and dissemination of Greek traditional music in Greece and in countries with Hellenic populations.