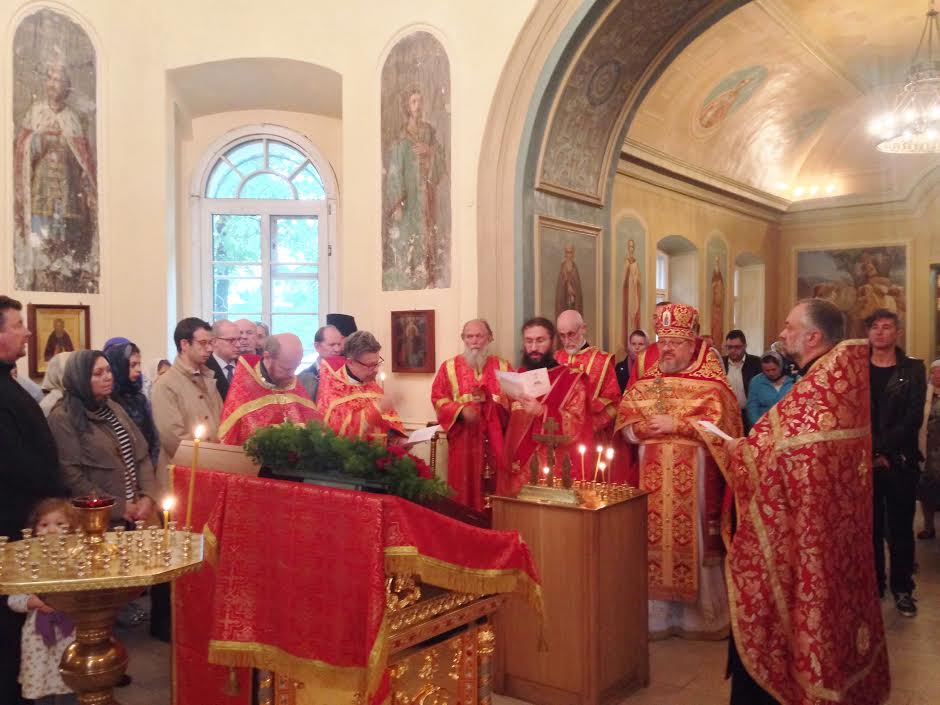 On Sunday, September 11, 2016, prayers were offered in all parishes of the Orthodox Church in America—including the Church of the Great Martyr Catherine, Moscow—for those who lost their lives in the 9/11 terrorist attacks.

Saint Catherine’s is the Representation Church of the Orthodox Church in America to the Moscow Patriarchate.

This year’s commemoration coincided with the celebration of the Feast of the Beheading of Saint John the Baptist on the Julian Calendar, to which Archimandrite Alexander [Pihach], Saint Catherine’s Dean and OCA Representative, drew appropriate comparisons in addressing the faithful.

Among those present during the Divine Liturgy and Memorial, celebrated in English and Slavonic by Father Alexander and the parish clergy, were Archimandrite Filaret [Bulekov], Deputy Chairman of the Department of External Church Relations of the Moscow Patriarchate; Y. Matveyev of the North American Section of Russia’s Ministry of Foreign Affairs; and representatives of the US and Canadian Embassies to the Russian Federation.

Following services in the church, the clergy, faithful and guests gathered in the courtyard, where a bell was rung 15 times to commemorate the number of years that have passed since over 3,000 individuals, including first responders, lost their lives in the attacks on the World Trade Center and the Pentagon and the airline crash in Stonycreek Township near Shanksville, PA.  The commemoration ended with a moment of silence.