Home/Seminaries/Fr. Christopher Metropulos&#039; Message on the Great Feast of The Birth of the Most-Holy Theotokos
Previous Next

Today, September 8, marks the first of the Twelve Great Feasts of the Orthodox Christian new year – The Birth of the Most-Holy Theotokos and Ever-Virgin Mary.

It is no coincidence that the Church Fathers begin and end the church year with the birth and dormition of the Theotokos. For Orthodox Christians, she is the foremost example of how we as Christians should live and accept the invitation of Jesus Christ to enter into our lives, faithfully enduring the temptations and trials of this world, even as she experienced the trial and crucifixion of her Son and God. 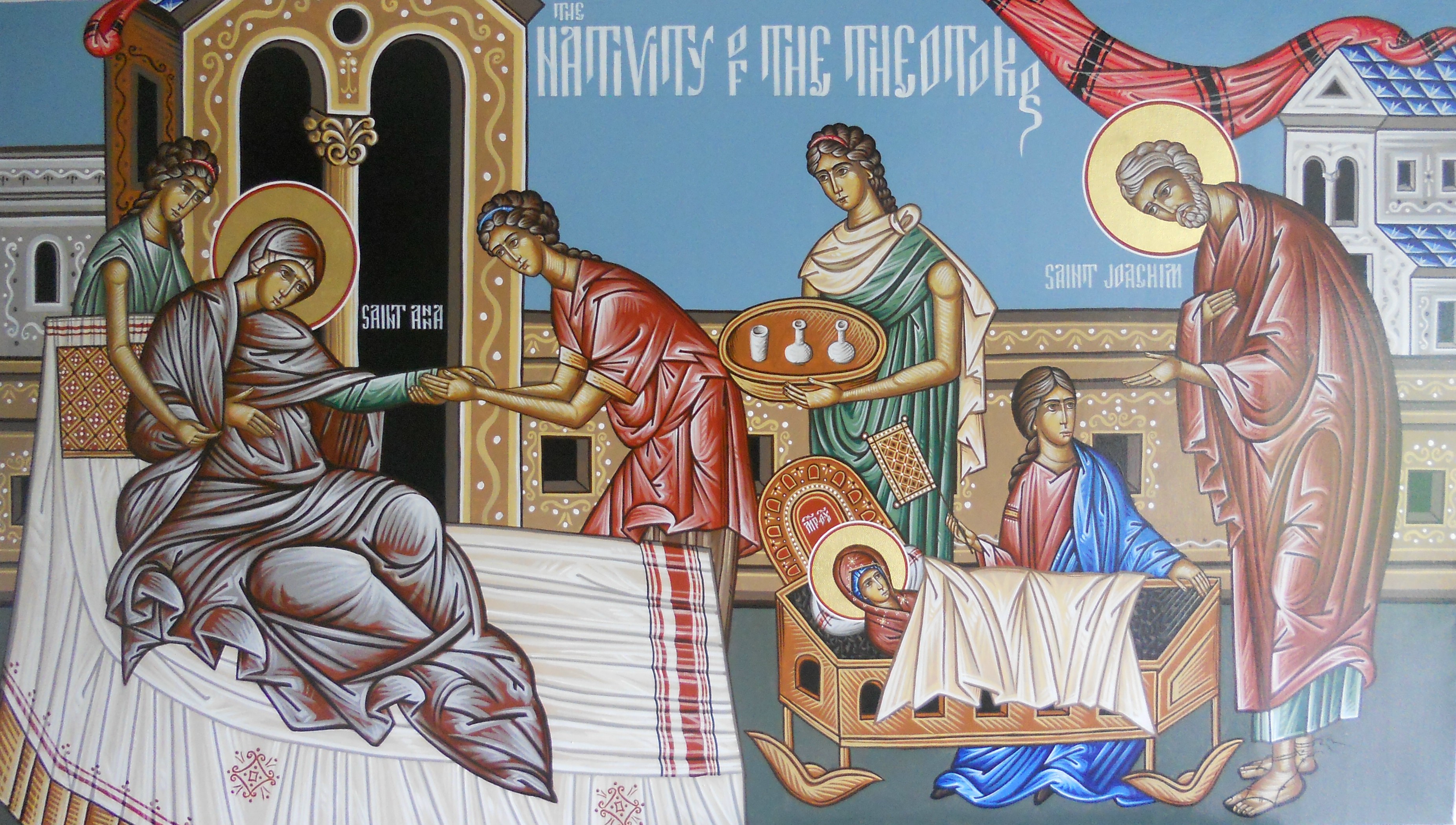 The Orthodox Church, following the tradition of the Church Fathers, does not hold to the doctrine of Mary’s immaculate conception, in which it is postulated that she was preserved from the ancestral sin that befalls all the descendants of Adam and Even. Instead, we believe that Mary did, indeed, receive ancestral sin, having been conceived in the normal way. Thus, like all of us, she was in need of salvation through her Son.

Therefore, the celebration of the Birth of the Most-Holy Theotokos is not only that of a single event, but the anticipation and culmination of the Old Testament prophecies predicting the coming of the Messiah, Jesus Christ, who through his death would forever redeem us from eternal death and condemnation.

To this point, St. Gregory Palamas, in Homily 42, On The Birth of the Mother of God writes, that “today a new world and a mysterious paradise have been revealed, in which and from which a New Adam came into being, re-making the Old Adam and renewing the universe.  He is not led astray by the deceiver, but deceives him, and bestows freedom on those enslaved to sin.”

Let us as a community, following the example of the Most-Holy Theotokos, honor her birth through persevering in prayer, fasting and acts of mercy, so that our lives too may ascend from earth to heaven through the acceptance of Jesus Christ into our lives.