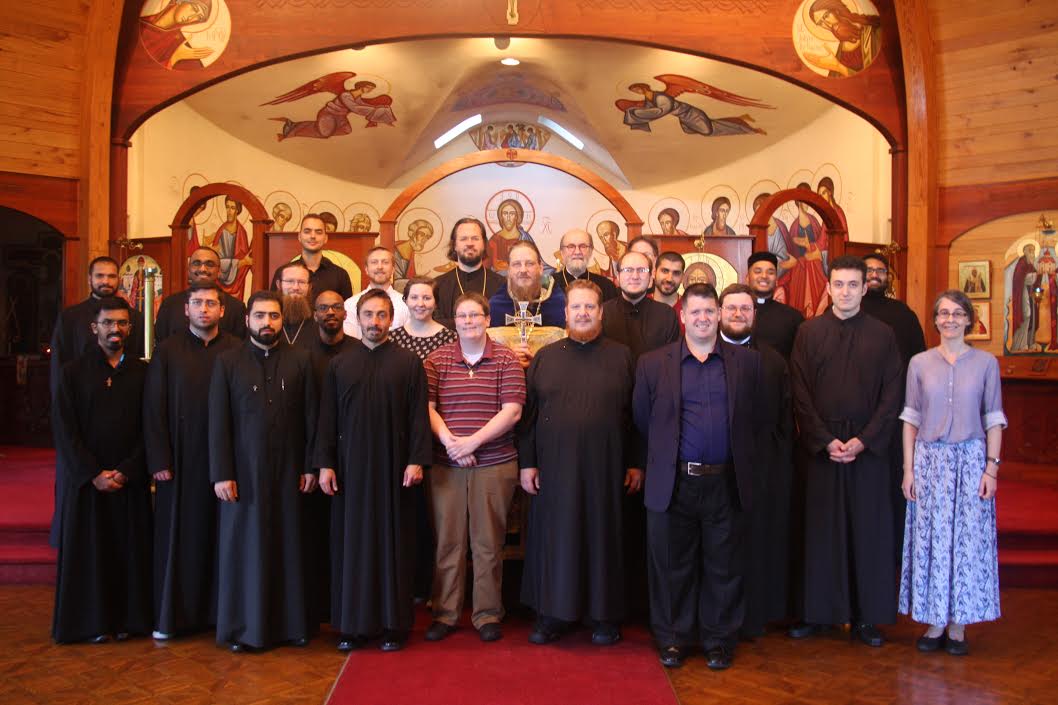 An incoming class of 38 students at Saint Vladimir’s Seminary here brings the school’s total enrollment for the 2016–2017 academic year to 77.  The amazingly diverse student body represents 13 Eastern Orthodox and five Oriental Orthodox churches, with one student a member of the Church of Christ.  Most seminarians are from the US, but they also hail from Australia, Canada, Albania, Finland, Serbia, Sweden, Lebanon, Greece, Israel, Germany, Uganda, and New Zealand.

“From its inception,” said Archpriest Chad Hatfield, CEO of Saint Vladimir’s Seminary, “our school has made incarnate its vision for Orthodox Christian unity in North America by accepting seminarians from all Eastern and Oriental Orthodox jurisdictions.  It also has accepted Orthodox students from around the globe, and non-Orthodox students who want to take advantage of the unique coursework it offers.  And this year, our student body especially illustrates the vision of the Seminary’s founders.”

Students will be studying in four degree programs: Master of Divinity, Master of Arts, Master of Theology, and Doctor of Ministry, with 37 students enrolled in the ordination track Master of Divinity program.  All new students attended orientation sessions during the weekend of August 26–28, 2016, and new and returning students gathered for the celebration of the opening Service of Thanksgiving on Friday, August 26.  Fall semester classes began Monday, August 29.