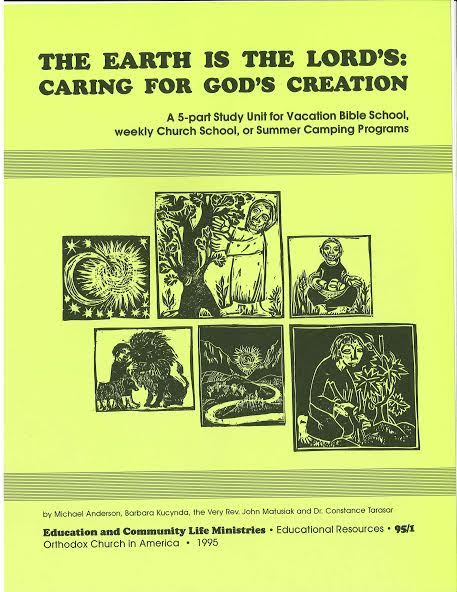 September 1 marks the beginning of the ecclesiastical year, but since the late 1980s, it also has been observed as the “Day of Prayer for Creation.”  Within this context, “The Earth is the Lord’s: Caring for God’s Creation” — a five-session study guide originally published by the Orthodox Church in America in 1995 and reissued in 2015 — makes an ideal curriculum resource for the opening of the new Church school year.

“The Earth is the Lord’s” addresses stewardship of creation in conjunction with the Day of Prayer.  The resource is available free of charge in PDF format, along with a poster highlighting the Day of Prayer.  The study resource, written and edited by Archpriest Michael Anderson, Matushka Barbara Kucynda, the late Dr. Constance Tarasar and others, has been widely used over the years in Church school, camping and vacation Bible school programs.

It was on September 1, 1989, that His All-Holiness, the late Ecumenical Patriarch Demetrios I issued the first message from the Ecumenical Throne on the environment and proclaimed the first day of the ecclesiastical year as a Day of Prayer for Creation.