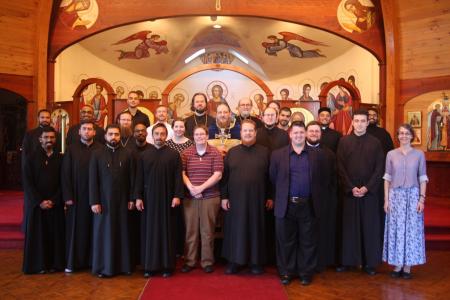 “From its inception,” said Archpriest Chad Hatfield, CEO of St. Vladimir’s Seminary, “our school has made incarnate its vision for Orthodox Christian unity in North America by accepting seminarians from all Eastern and Oriental Orthodox jurisdictions.

“It also has accepted Orthodox students from around the globe, and non-Orthodox students who want to take advantage of the unique coursework it offers,” he continued, “and this year, our student body especially illustrates the vision of the Seminary’s founders.”

Read about some of our new students here!